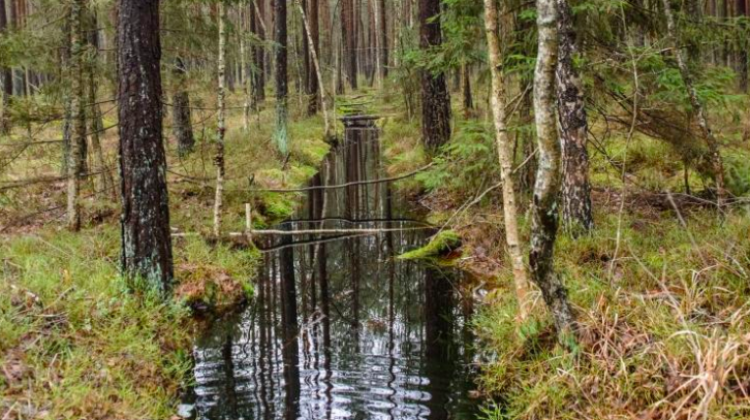 Decisions of the Polish authorities regarding large-scale logging in the Białowieża Forest violate EU law, the European Court of Justice ruled in Luxembourg, pointing out that these decisions could not be justified by the unprecedented bark beetle outbreak.

The ruling that ends the dispute that started in 2016 was issued by a Grand Chamber of the court consisting of 15 judges. There is no appeal against the ruling, in which the Court has fully accepted the complaint the European Commission lodged against Poland. The Polish Ministry of the Environment has already announced that Poland will comply with the ruling.

When reading the ruling of the court, Judge Marek Safjan (not a member of the adjudicating panel) stressed that Poland flailed to ensure effective prohibition of purposeful killing, disturbance, deterioration and destruction of habitats of species protected by EU directives.

"With today`s ruling, the Court of Justice decided that Poland violated EU law by the felling and removal of a large number of trees in the Bialowieza Primeval Forest. According to the court, these activities lead to the destruction of part of the Natura 2000 protected site" - said CJEU spokesperson Ireneusz Kolowca.

He added that the court emphasized that in the Polish government`s 2015 management plan, bark beetle infestation was not identified in the slightest as a threat, while the removal of over 300 years old spruces and pines inhabited by this pest was.

The ruling does not entail any financial consequences because Poland, facing a penalty of 100,000 euros per day, had previously withdrawn heavy equipment from the forest and ceased logging. But if logging resumed, the Commission could motion for fines again.

The judges found that Poland failed to fulfil its obligations under the EU Habitats and Birds Directives. In accordance with the Habitats Directive, the European Commission approved the designation of the Natura 2000 site in the Bialowieza Forest in 2007. It also constitutes a "special protection" area for birds under the Birds Directive.

Despite these regulations, in 2016 the then Environment Minister Jan Szyszko almost tripled the timber harvesting limit for the years 2012-2021, citing bark beetle infestation. In 2017, the Director of State Forests issued a decision on the removal of trees affected by the pest or posing a threat to "public safety" on around half of the Natura 2000 site that covers an area of over 63 thousand hectares.

The EC, which started the EU law infringement procedure against Poland in 2016, submitted a motion to the CJEU in mid-2017 to ascertain that Poland failed to fulfil its obligations under the Habitats and Birds Directives.

The Court reminded that the Habitats Directive imposes obligations and a series of special procedures on Member States to ensure, as appropriate, conservation or restoration of habitats and species of wild fauna and flora in a favourable conservation status. Any authorization for activities may be issued only on condition that they will not have permanent harmful effects. Meanwhile - according to the court - the Polish authorities did not carry out an appropriate impact assessment in 2016.

The judges also pointed out that forest managers and the Ministry of the Environment carried out logging to "ensure public safety" without any specific conditions justifying the removal of trees for these reasons. "The argumentation presented by Poland does not allow to determine that the active forest management measures under consideration may be justified by the need to control the bark beetle infestation" - the court emphasized in the statement summarizing the ruling.

According to the court, the decisions of the Polish authorities could "inevitably lead to the deterioration or destruction of breeding and resting sites of some saproxylic beetles that are protected by the Habitats Directive". With regard to the Birds Directive, the court noted that it requires EU countries to take the necessary measures to establish a common protection system for all species of birds naturally occurring in the wild. This directive prohibits the deliberate destruction or damaging of the nests and eggs of the species concerned, the removal of their nests, as well as deliberate disturbance of protected birds. The judges stressed that the execution of the contested decisions inevitably leads to the deterioration or destruction of breeding sites or resting places of the bird species in question.

In accordance with the procedure, following the finding of a breach by the Court of Justice, the State in breach should comply with the ruling without delay. If the European Commission finds that the Member State has not complied with the ruling, it can bring a new complaint and seek financial sanctions.