Warsaw is an urban heat island 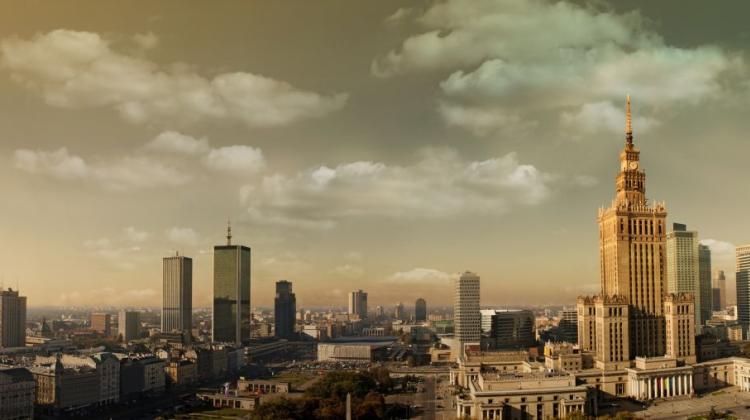 The urban heat island (UHI) phenomenon, which means that it is clearly warmer among the building than outside the city, occurs also in Warsaw. The effect is stronger where there is less green, according to researchers from the Polish Academy of Sciences.

Long-term earth studies conducted in various cities show that in built-up areas air temperature is higher than in suburban or rural areas. The difference may exceed 10 degrees Celsius. This phenomenon is called the "urban heat island".

"Be it the tropics or the polar regions, urban areas have a certain property. Within them there is a surplus of heated air in relation to the environment, natural and agricultural areas - explained Prof. Krzysztof Błażejczyk, bioclimatologist from the Institute of Geography and Spatial Organization in Warsaw. - Meanwhile, the city structure interferes with the normal regulation of the heat exchange between the atmosphere and the ground. It is the result of dense, tall buildings and large areas of concrete or asphalt, which absorb heat during the day and return it at night."

"Urban heat island phenomenon is strongest in the summer, especially at night, but also early morning and before noon. This is when surfaces heated during the day return heat, warming their environment to temperatures higher than in suburban neighbourhoods. During the day, the mechanism loses its force, as the sun warms everything up equally" - said the professor.

Eople of Warsaw also experience this phenomenon, especially those living in densely built-up areas, where there is little greenery. "Long-term measurements show that the average temperature difference between the city centre and suburbs is about 2 degrees C. However, there are days when the difference exceeds 10 degrees!" - noted Prof. Błażejczyk.

It might seem that a 2 degrees increase in air temperature is not much. But especially during hot weather, each extra degree causes fatigue. "Our bodies lose their ability to regenerate during the night, when normally they need to cool down a little. Meanwhile, sometimes at night it is as hot as during the day. This could be detrimental to health" - said Prof. Błażejczyk.

Research shows that especially the elderly, the sick and young children have little tolerance for high ambient temperature and overheating the body. Statistics show that the incidence of hospitalisation may increase, as these conditions are favourable for heart and circulatory system diseases. Respiratory allergies also become more severe, as in warmer conditions plants begin to pollen more intensively.

Higher temperature within the city not only affects the health of residents, but also raises the economic (increased use of air conditioning), and even environmental costs (air conditioning in many buildings increases energy consumption). The urban heat island effect can still be combated. The easiest way are green areas, which is sufficiently large clusters reduce the effect and cool down the surrounding concrete.

"The larger the share of green spaces in the cities, the better - explained Dr. Magdalena Kuchcik from the Institute of Geography and Spatial Organization. - All green is good: lawns, parks, avenues of trees, allotments, creepers on the walls, roofs transformed into gardens, even water resorvoires. It is best when plant species are varied: not only fashionable and easy to maintain creeping conifers, but also many deciduous plants."

Dr. Kuchcik and her colleagues assessed their actual impact on the environment by measuring day and night temperature and humidity at different locations in the capital. The results confirmed that the urban heat island effect is most intensive in the city centre, for example, at Hoża and Pańska, where the green covers only a few percent of the area, and temperature differences between day and night are the smallest. One of model residential areas, in turn, is at Bernardyńska street, near lake Czerniakowskie, with 67 percent green (most of the plants were planted there about 40 years ago). "The residential area warms up during the day, but beautifully cools down at night" - noted the researcher.

She also mentioned the area at. Włodarzewska street (41 percent green and the adjacent park). Unfortunately, in the opinion of Dr. Kuchcik the area was poorly designed. "Buildings face away from the park, and they are separated from it by a concrete fence. Cooling effect of the lush greenery at the estate is almost imperceptible. This is a wasted potential" - she explained.

Urban heat island phenomenon in selected cities of Central Europe (including Warsaw, Łódź, Budapest, Stuttgart and Vienna) is examined as oart of the international UHI - Urban Heat Island project (implemented within the framework of the EU Central Europe Programme). "The project aims to assess the problem in Central Europe and determine how strong this phenomenon is. It will help look for ways to reduce it" - explained Prof. Błażejczyk. The project will end in 2014.

Urban heat island phenomenon can be prevented mainly by spatial planning. South of Europe has extensive experience in this regard. There, building regulations are changed at the regional level, and the planners are forced to apply certain solutions, said Prof. Błażejczyk.

It does not always work in Poland. "Yes, there are some sensible planners who understand this phenomenon. Authorities, however, often find experts who do not see the problem. We know that the city needs to grow and expand. But we need to do it reasonably, preserve greenery, which we still have. Meanwhile, green areas that still remain are not legally protected from the temptations of investors, more and more are overtaken by developers. It is easy to cram a lot of houses and leave a piece of lawn, spo that everything looks good on paper. But, after all, people must live in such places"- said the expert from the Polish Academy of Sciences.