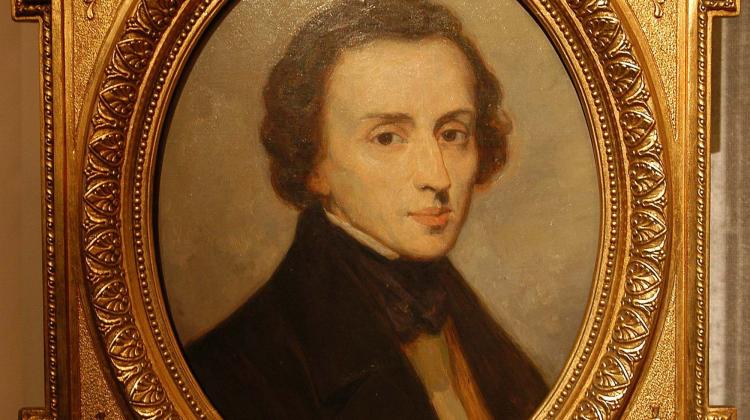 Tuberculous pericarditis was probably the direct cause of Frédéric Chopin's death - according to research by Polish scientists. The results will be published in The American Journal of Medicine.

Examination of Chopin's heart in 2014 by a team of Polish researchers revealed that the heart was well preserved. Observed anatomical changes indicate that the direct cause of Chopin's death was probably pericarditis caused by tuberculosis. Pericardium is a smooth membrane that surrounds and protects the heart. Tuberculous inflammation leads to thickening of the pericardium.

The details of Chopin\'s heart examination are included in the paper accepted for publication by The American Journal of Medicine. Its first author is Prof. Michał Witt - head of the Department of Molecular and Clinical Genetics of the Institute of Human Genetics PAS in Poznań. Prestigious journal "Nature" devoted an editorial to the work of the Polish researchers.

Frédéric Chopin died on October 17, 1849. He was only 39 years old. He was frail and sickly from early childhood. At 28 years of age, while 170 cm tall, he weighed 45 kg. He was diagnosed with tuberculosis and treated for this disease (among other things with starvation and bloodletting). In Paris, in 1831, at the age of 21, he had the first episode of haematopoietic TB, and later often suffered from respiratory infections. He had cough all his life, and for the last ten years he had been using opium with sugar as a remedy.

"I have been sick like a dog for the last two weeks: I have gotten cold despite 18 degrees of warmth, roses, oranges, palm trees and figs. 3 most famous doctors on the island: one smelt, what I've spat, the other knocked on I spat from, the third felt and listened when I spat. One said I was dead, the other - that I was dying, the third - that I would die" - Chopin wrote on 3 December 1838 from Majorca in the letter" To Julian Fontana in Paris".

As Chopin was afraid of being buried alive (a frequent fear in the 19th century, to mention Alfred Nobel for example), an autopsy was carried out according to his wish. A posthumous study by a distinguished pathology professor, Jean Cruveilhier, had been lost. However, if we were to believe the reports of people who had access to it, Cruveilhier reported tuberculosis as a cause of death, but he also found pathological changes he was unable to interpret.

Over the years there have been hypotheses about other diseases. Specialists claimed that Chopin could suffer from cystic fibrosis, alpha1-antitrypsin deficiency, mitral stenosis, Churg-Strauss syndrome, allergic bronchopulmonary aspergillosis, hypogammaglobulinaemia, pulmonary hemosiderosis, chronic lung abscess or pulmonary arteriovenous malformations. "Do not tell people I was sick because they would make a fable" - wrote Chopin in a postscript to his letter of December 3, 1838.

Frédéric Chopin was buried in Paris, in the Père Lachaise Cemetery. However, his heart preserved in a jar with alcohol was brought to Warsaw around 1850 by Ludwica, sister of the deceased. A casket with the exhibit was placed in the left pillar of the Holy Cross Church in 1880 (during the Warsaw Uprising it was evacuated to Milanówek). In view of the rumours that the exhibit was damaged, in 2014 a team of researchers received permission to examine Chopin\'s heart - but without opening the jar. Non-invasive external examination was conducted on April 14, 2014.

During the press conference on September 17, 2014 Prof. Tadeusz Dobosz from the Department of Forensic Medicine of the Medical University of Wroclaw told PAP that some historians had doubted that the heart of the composer was in the container embedded in one of the pillars of the church. The research dispelled these doubts.

"There was cause for concern. In our cathedral, there is a museum as old as Chopin's heart, in which we have about 500 preparations of human tissues, of which about 50 have never been opened and preserved. Normally, tissue can not withstand such a long period of time without damage. In this case it was different. Anatomist and pathologist Jean Cruveilhier, who performed the autopsy and prepared a preservative, did not use a glass jar but a crystal one, and the lid was perfectly fitted to the jar, very tight" - explained Prof. Dobosz.

"The state of preservation, the appearance of the preparation, the kind of thread used for stitching the heart after the autopsy performed in Paris, the type of jar - all in our opinion is from the time period. The descriptions of both the jar and the boxes which contain it are consistent with the determined factual state" - he emphasised.

Typically, when closing jars, the brink is greased with a small amount of petroleum jelly. Cruveilhier did not spare the preparation - he used so much that it sank into the jar, creating a film on the fluid surface that additionally protected from vaporisation.

The condition of Chopin's heart and its preservation was considered very good. Only a small amount of preservative fluid was found to be missing, so the jar was sealed with wax. The jar was not opened during the inspection.

"We know that the heart is in perfect condition, and our knowledge of Chopin has grown a bit. Because of the colour of the fluid, we do not exclude that the heart is preserved in cognac. The mist likely direct cause of the composer\'s death was tuberculosis - there are certain anatomical changes visible on the heart that indicate this" - said Prof. Dobosz.

Because the jar was not opened, DNA analysis could not be performed to confirm or exclude genetically conditioned cystic fibrosis. Previous attempts to analyse DNA from the remains at the Père Lachaise Cemetery were unsuccessful due to the acidic soil that damaged genetic material. Another visual examination of the heart was scheduled for the year 2064. (PAP)