Professor Michał Grabowski - in the International Barcode of Life 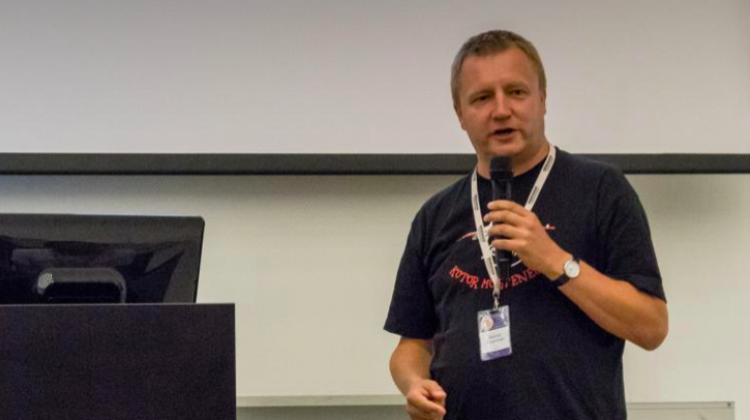 Professor Michał Grabowski from the Department of Invertebrate Zoology and Hydrobiology, University of Lodz, has been invited as a representative of Poland to the International Barcode of Life (iBOL) - a network that uses DNA barcodes to monitor and study the diversity of species of animals and plants.

"Thanks to this invitation, the Faculty of Biology and Environmental Protection will become a national contact point in one of the most fascinating scientific specialisations - research and protection of biodiversity - by estimating its level, spatial distribution patterns and discovering and describing new species" - believes Prof. Michał Grabowski.

The innovative method that enables modern identification of species using genetic code, a nucleotide sequence in DNA, was developed in 2003 by researchers at the University of Guelph in Canada.

Over the following years, scientists around the world have recognized that its widespread introduction will greatly contribute to improving the identification of increasingly threatened and rapidly dying fauna and flora. It can also help preserve it for future generations.

Professor Grabowski reminds that the previous method of researching species diversity consisted primarily in defining species through their morphological structure and subsequent identification using morphological indicators - also based on differences in appearance.

It was effective, provided that the tested specimen was not damaged, and that the species differed from each other enough to be distinguished by the unaided eye or with the help of specialized optical equipment.

The new method resembles using bar codes for goods in a store - scientists use a specific fragment of a DNA sequence that can not be mistaken for another fragment to identify a species.

"The new method is also more efficient and universal - it allows to identify not only entire individuals, but also their fragments, for example hair, feathers and biological traces left in the environment" - adds the scientist from Łódź.

Until now, 28 countries on five continents have been working together in the International Barcode of Life research network. Poland will be the seventh European country to join this prestigious organization. (PAP)