Extreme weather phenomena, drought, blooms of cyanobacteria and fish kill are the effects of hot weather 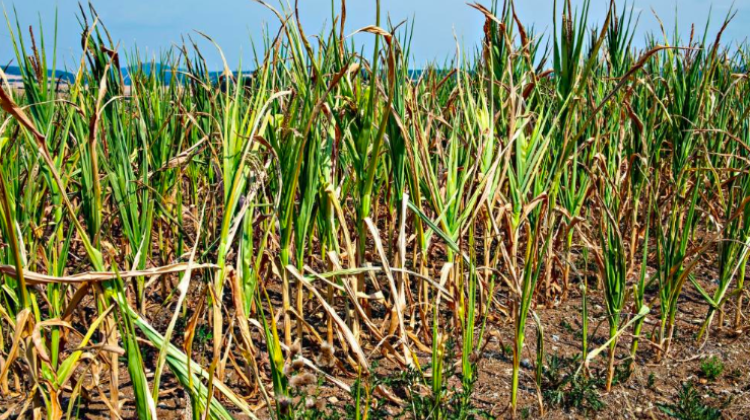 Extreme weather phenomena, drought, growing populations of plant pests, longer blooms of cyanobacteria and more frequent fish kills - these are the possible effects of climate change and heat in Poland. According to some scientists, this year`s heat wave in the world will make 2018 an extremely hot year.

Compared to the times before the industrial revolution (the turn of the 19th century), average temperatures on Earth increased by 1 deg. C. Researchers predict that they will continue to rise. There is also a lot of evidence of progressive global warming and climate change. This includes greater frequency of extreme weather phenomena and their effects, such as drought and desertification - or heavy rains and floods. Seas and oceans are getting warmer. In the last three decades, the average water temperature in the world`s oceans has increased by 0.5 ° C (in the Baltic Sea - by as much as 1.5 degrees C).

We observe that it is much warmer, and 30-degree temperature periods are quite long and at the same time quite bothersome, says Dr. Grzegorz Tończyk from the Department of Invertebrate Zoology and Hydrobiology, University of Lodz. He notes that due to the short period of observation it is difficult to say whether we are dealing with permanent changes or rather climate fluctuations.

"At the moment, it is believed that the Polish climate changes from the one we are accustomed to, with clearly marked seasons, to the climate similar to the Mediterranean regions during the summer, while in the winter - similar to the coastal regions of Western Europe, where there is not a lot of frost, and the weather is rather mild and characterized by moderate temperatures and heavy rainfall" - the scientist adds.

The observed temperature rise and its course may have consequences for people (on the one hand - impact on health and comfort of life, on the other - the need to deal with the effects of extreme weather events that may affect water resources, for example).

Heat waves and milder winters also have consequences for plants and animals. Higher temperatures mean better conditions for the development of algae and cyanobacteria.

"We have reports from the Baltic Sea of blooms of blue-green algae that are not a new phenomenon - but it is possible that due to this higher temperature and a system of sea currents they lasted longer this season. The phenomenon is natural, but it may be the answer to how people affect climate and what the consequences are" - says the hydrobiologist from the University of Lodz.

During this year`s hot summer there are more reports of hornets` high activity. Higher temperatures mean good breeding conditions for these insects, reminds Dr. Tończyk. On the other hand, because of the drought, hornets have less food. This is because plants fade faster, which reduces the food base for insects that are the prey of these predators. Perhaps that is why we observe their hyperactivity, he suggests.

The consequences of heat can be unpredictable also when it comes to pests associated with forests or crops.

"Temperature increase - not only in summer, but also in winter - means that even 2-3 generations of pests can develop in one year, while one generation used to be a standard for Poland. This situation has consequences for the agriculture and forestry. It should be followed closely" - says Dr. Tończyk.

The hydrobiologist also talks about milder winters, which may mean earlier appearance of various groups of animals. Animals that usually appeared in mid-May, have been seen already in April.

At the turn of November there is no strong blow of frost in the form of snow-free cooling, which used to block the development of aquatic animals, among other things. Currently, temperatures of about 0 degrees Celsius or only light frosts last until December. This allows the larval stages to develop much further than during winters that were colder, especially in the beginning.

"If there are favourable thermal conditions in the spring, the larvae, which occur in water, do not need compensatory feeding to grow, they are already ready for flight and that`s why they appear [earlier - PAP]" - the expert says.

High temperatures strongly affect aquatic ecosystems. At high temperature, there is relatively little dissolved oxygen in water, which has consequences for fish. Some reservoirs are heavily eutrophied - with sewage or fertilizers they receive large amounts of nitrogen and phosphorus compounds that facilitate the development of small aquatic organisms. Then, oxygen levels begins to drop dramatically.

Such conditions are not neutral for fish. In lakes, some of them congregate in deep water zones, where oxygen is still present and water is relatively cold. However, at high densities, fish kill occurs. This is a real problem, because unless the fish that are thrown ashore are removed, they rot, which can pose a certain threat, especially in the rest areas of people, the expert notes.

For now, such events - being natural mechanisms - do not destroy the fish populations. However, according to the expert, long periods of elevated temperatures in subsequent years may affect rebuilding the populations of some species. "They might not be able to rebuild their populations, there may be a point of no return and then we will have a problem" - the hydrobiologist says.

And this is grist to the mill to invasive species that reach Poland in various ways. They usually come from warmer regions and such conditions suit them. Then, also in Poland, the exchange of fauna may take place. "We do not yet know the consequences it will bring in the future" - concludes Dr. Grzegorz Tończyk from the University of Lodz.