Polish and German scientists were the first to observe protein unfolding 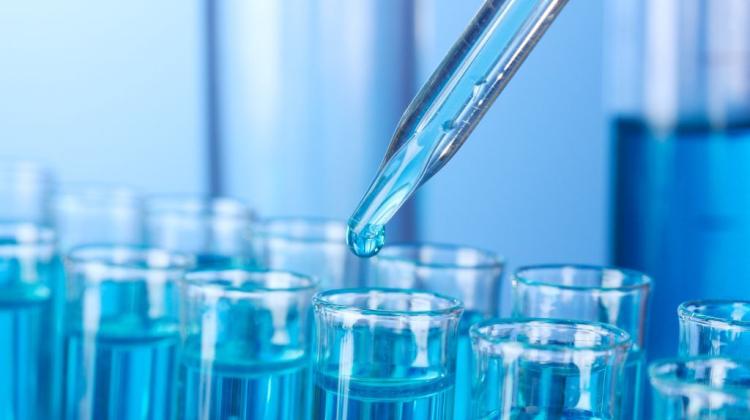 Polish and German scientists were the first to observe the process of protein unfolding. With a method using low temperatures they studied a mechanism that may help to overcome Alzheimer\'s and Parkinson\'s.

Discoveries made in collaboration with scientists from the Max Planck Institute for Biophysical Chemistry (MPIbpc) and the German Center for Neurodegenerative Diseases (DZNE) in Göttingen. They used innovative research methods to observe protein folding.

"Recent discoveries of Polish and German scientists can give a deeper insight into how proteins achieve their spatial structures and why intermediate forms of some proteins fold incorrectly in the event of sickness" - reads the FNP release sent to PAP.

Proteins are present in all living organisms and viruses. To function properly, single protein chains twist and combine to form complex, three-dimensional structures, which, in the simplest terms, resemble swirling Christmas tree chains.

"When the process of +protein folding+ occurs properly, protein gain biological functions and properly perform their tasks. Sometimes, however, a protein molecule breaks down, it unfolds or folds excessively, and loses the correct shape. Such proteins do not function properly and in some cases form insoluble, toxic clumps which damage cells and can cause serious diseases, such as Alzheimer’s and Parkinson’s"- reads the FNP release.

One of the most important questions in biology and medicine is therefore: how do proteins gain or lose their three-dimensional structures?

The mystery was solved by Polish and German scientists. They used a novel method involving the use of low temperatures, which allowed to "film", for the first time, the complex process of protein folding.

As the research object, scientists chose CylR2 protein, essential for toxin production in Enterococcus faecalis, a pathogen frequently encountered in hospitals where it particularly jeopardizes patients with a weak immune system.

"Some time ago, researchers working with Stefan Becker (co-author of the recent discovery) at the MPIbpc succeeded in elucidating its structure. Its three-dimensional shape makes CylR2 a particularly promising candidate for research. ClyR2 is a relatively small protein composed of two identical subunits. This gave us a great chance to be able to visualize the individual stages of its unfolding process in the test tube" explained the Polish authors of the discovery.

The first step, preparing a sufficient quantity of the protein in the laboratory, was persormed by Stefan Becker\'s group. Subsequently, the two chemists cooled the protein successively from 25°C to -16°C and examined its intermediate forms with NMR spectroscopy. Their "video" shows at atomic resolution how the protein gradually unfolds.

"We clearly see how the CylR2 protein ultimately splits into its two subunits. The individual subunit is initially relatively stable. With further cooling, the protein continues to unfold and at -16 °C it is extremely instable and dynamic. This instable protein form provides the seed for folding and can also be the +trigger+ for misfolding" - described describe the discovery co-author structural biologist Markus Zweckstetter from the German Center for Neurodegenerative Diseases.

Researchers have been trying for a long time to answers the question of how proteins gain or lose their three-dimensional structures. They tested various methods, using heat and pressure, attempting to observe the protein destruction process. However, none of these methods was successful. The process of unfolding ran too fast could not be well capture, or intermediate forms that were created during the process of protein unfolding were too transient.

Research results have been published in the prestigious journal Nature Chemical Biology. The video showing the unfolding of a protein can be viewed on the website.