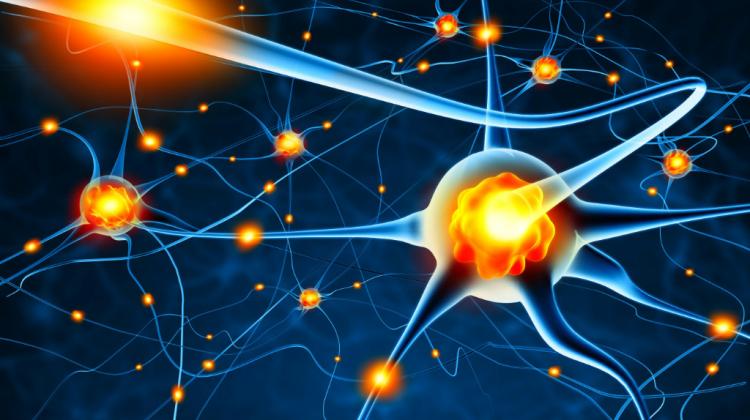 Silence is important! Also in the brain. It turns out that the existence of moments of silence, moments when a group of neurons stays silent together, can be extremely important in data processing by the brain - as showed the research project conducted by Dr. Gabriela Mochol.

Polish-Spanish-British study, the results of which were published in March in the prestigious journal PNAS, help understand how the brain encodes and processes information from the outside world by means of electrical impulses.

Since the beginning of the twentieth century, scientists have been trying to understand the nature of the so-called neuronal noise. "This phenomenon consists in the fact that when during the experiment exactly the same stimulus (for example the same sound) is presented to an organism several times, each time the observed neurons respond differently to the signal" - said in an interview with PAP Dr. Mochol, an employee of the Nencki Institute postdoc at the Spanish August Pi i Sunyer Biomedical Research Institute (IDIBAPS) in the laboratory of Dr. Jaime de la Rocha. The researcher added that the neurons respond to a stimulus by generating electrical pulses (called spikes) and the number of these impulses varies for different repetitions of the stimulus. Scientists are wondering about the reasons for this phenomenon, and how the brain copes with interpreting such different responses of neurons.

The population coding hypothesis may be the explanation. "According to this hypothesis, the brain adds up the responses from the entire group of neurons. It is therefore not important how particular neuron responds to the stimulus, but what is the average value of impulses from the group of cells" - said the researcher. She explained that if each cell operates independently, noise can be eliminated, and thus, for example, errors of individual cells.

But the problem is that nerve cells do not always operate and "think" independently of each other. Their activity sometimes can be correlated. This means that the signal from one cell is copied by neighbouring cells. Cell ceases to operate independently, and begins to create the same signal, as its neighbours. Neurons activate a sort of "herd reaction", "crowd" mode. Just like it happens in society - people in a large group sometimes retain their individuality, and sometimes become "infected" with the mood of others (e.g. panic or euphoria).

The problem is, however, that in the "crowd" mode neurons do not transmit information reliably - errors (noise) of a single cell do not die, but multiply further, which - as it seems - is not always beneficial. Previous studies have already shown that the individual or group modes of operation can be dynamically adjusted. For example it has already been observed that when an experimental animal goes from rest to attention, neurons become to operate independently. The researchers from Dr. Mochol’s team decided to investigate the mechanism that tells neurons whether they should operate together or individually.

Until now it was thought that the correlation occurs when neurons receive a common signal from other neurons (for example when they respond jointly to one stimulus). However, the research of Dr. Mochol suggests just the opposite. "Responses of neurons are correlated not because neurons respond jointly, but because they are silent together" - explained the researcher. Thus, the existence of moments of total neuronal silence (fractions of a second long) allows the neurons to synchronize with each other or get out of sync.

The researchers developed a mathematical model that shows how to change the duration and frequency of the occurrence of these periods of silence. "This mechanism explains how the nervous system can dynamically adjust the level of noise correlation, for example in response to stimuli or attention signals" - noted the researcher.

The study was conducted for the time being on the auditory cortex of rats subjected to anaesthesia with urethane (during deep sleep). In this specific state it is relatively easy to observe the synchronization states of neurons, neuronal silence states, as well as moments of independent operation. Researchers want to continue research and check whether similar mechanisms also exist in the brain of conscious animals, and under what circumstances. "This is another step that will help us understand how the brain processes information about the world around us" - concluded Dr. Mochol.