Capsules with bacteria for wastewater treatment 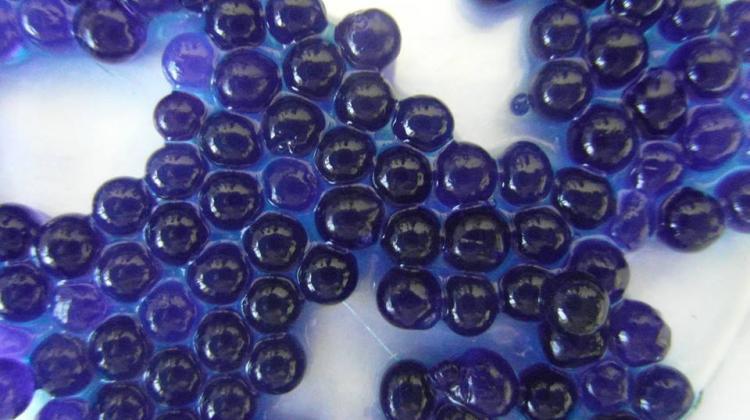 Bacteria that help in wastewater treatment can be enclosed in gel capsules to perform their task more effectively. Scientists from the Silesian University of Technology are working on such capsules.

Many processes used in biotechnology are based on the activity of bacteria. They include those that fulfil their functions extremely effectively and therefore are often used on an industrial scale.

One such promising modern process used in wastewater treatment is anaerobic oxidation of ammonia - anammox. "It allows to reduce the cost of purification, because it is an anoxic process. It does not require oxygenation, because microorganisms use inorganic compounds instead of oxygen in the breathing process. In addition, it is autotrophic, which means that it does not need an additional carbon source" - says Anna Banach-Wiśniewska, PhD student at the Department of Environmental Biotechnology of the Silesian University of Technology.

But this process is not perfect. In particular, a problem is the temperature of 30 degrees C that is optimal for the development and activity of anammox bacteria. Unfortunately, wastewater in our latitudes is much cooler. Therefore, introducing this process into the main technological line of a sewage treatment plant is problematic, because bacteria are too cold there. They cease to function efficiently, which results in low efficiency of wastewater treatment. Anammox bacteria have one more disadvantage. They grow very slowly, which is why it is extremely difficult to multiply and launch them.

It turns out that there is a solution to these bacterial problems. It`s so-called immobilization of microorganisms.

"This process can be based on trapping, enclosing bacteria in a gel carrier. A mini-capsule is created that contains microorganisms appropriate for a given process" - says the PhD student.

The capsule is a kind of trap, but it also protects bacteria against adverse effects such as low temperature. Such bacterial capsules not only efficiently carry out the anammox process in the bioreactor, they can also be a material for reproducing the process lost for various reasons after it has stopped. They can also used to run the process in a completely new place.

Immobilization of microorganisms is very commonly used in biotechnology, Banach-Wiśniewska says. Many substances are used for this process, including alginate, polyvinyl alcohol, bacterial cellulose, and even glass or porcelain.

Work related to immobilization mainly concerns the search for the most mechanically durable carriers, because the carrier should not disintegrate during the process, for example due to mixing. In addition, such substances must be safe for the environment and the entrapped microorganisms, and should be relatively cheap and easy to obtain. Therefore, the doctoral student tests various carriers and their combinations to choose the one that will best serve its purpose.

In research on increasing the efficiency of the anammox process, scientists combine immobilization with nanomaterials such as reduced graphene oxide or iron compounds. Such capsules not only allow for quick launch or reconstruction of the process, but also increase its effectiveness.

Dr. Aleksandra Ziembińska-Buczyńska, a professor at the Silesian University of Technology, is a microbiologist. She is the winner of the Popularizer of Science 2018 contest co-organized by PAP - Science in Poland and the Ministry of Science and Higher Education. Since 2017, he has been heading the Science Popularization Center of the Silesian University of Technology. In 2015, she took third place in the third Polish edition of the FameLab competition. On CANAL+ DISCOVERY she hosted "Wynalazcy przyszłości" ("Inventors of the Future"), where she presented Polish inventions and discoveries expected to change our world in the near future.

The article is a result of the program Spokespersons of Science organized by the Copernicus Science Centre and the British Council Foundation. The program facilitates establishing cooperation between scientists who promote knowledge and science journalists.