Most detailed sky map ever reveals over 25,000 supermassive black holes 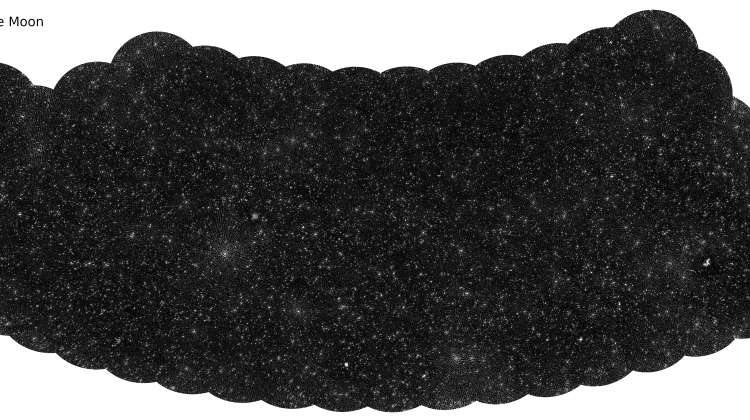 The most detailed ultra-long radio wave sky map ever made with the LOFAR instrument. Each of the 25,000 dots corresponds to a supermassive black hole that swallows cosmic matter from the galaxy in which it is located. The map comes from the LOFAR LBA Sky Survey (LoLSS), an ongoing survey of the entire northern sky using the low-frequency portion of the LOFAR interferometer. Source: DOI: https://doi.org/10.1051/0004-6361/202140316

Polish researchers working with an international team of scientists have prepared a sky map showing over 25,000 active supermassive black holes.

The most detailed accurate map of the sky observed at ultra-low radio frequencies, the map is intended to help astronomers discover celestial objects that include diffuse matter in the large scale structure of the Universe, exoplanets and fading jets of plasma ejected by supermassive black holes, which are of particular interest to scientists from the LOFAR (LOw Frequency Array) project.

Currently showing just two percent of the sky, the search for the exotic phenomena will continue for several years until a map of the entire northern sky is completed.

The radio waves received by LOFAR and used for this work are up to six meters long which corresponds to a frequency of around 50 MHz. They are the longest radio waves ever used to observe such a wide area of the sky.

Poland’s National Centre for Nuclear Research (NCBJ) said: “The map is the result of many years of work on incredibly difficult data. We had to invent new strategies to convert the radio signals into images of the sky, but we are proud to have opened this new window on our Universe.”

The universe on such long radio waves was a great unknown for scientists, because both such observations and further data analysis are extremely demanding. The ionosphere, a layer of free electrons that surrounds the Earth, acts as a lens continuously moving over the radio telescope. The effect of this lens can be compared to trying to see the world while being submerged in a swimming pool. Looking upwards, you see how the waves on the water bend the light rays and distort the view. To account for ionospheric disturbances, the scientists used supercomputers and new algorithms to reconstruct the registered signals.

LOFAR is currently the largest radio telescope operating at the lowest frequencies that can be observed from Earth. It consists of 52 stations spread across nine different countries: The Netherlands, Germany, Poland, France, United Kingdom, Sweden, Ireland, Latvia, and Italy. LOFAR is a joint project of ASTRON, the Netherlands Institute of Radio Astronomy, and the universities of Amsterdam, Groningen, Leiden, Nimwegen, as well as the German Long Wavelength Consortium (GLOW) to which Universität Hamburg belongs, and the Polish POLFARO group, which operates three Polish LOFAR stations financed by Ministry of Science and Higher Education,

Published in Astronomy and Astrophysics the team was led by Francesco de Gasperin from the University of Hamburg. Other members included Polish scientists Krzysztof Chyży from the Jagiellonian University and Katarzyna Małek from the National Centre for Nuclear Research (NCBJ).