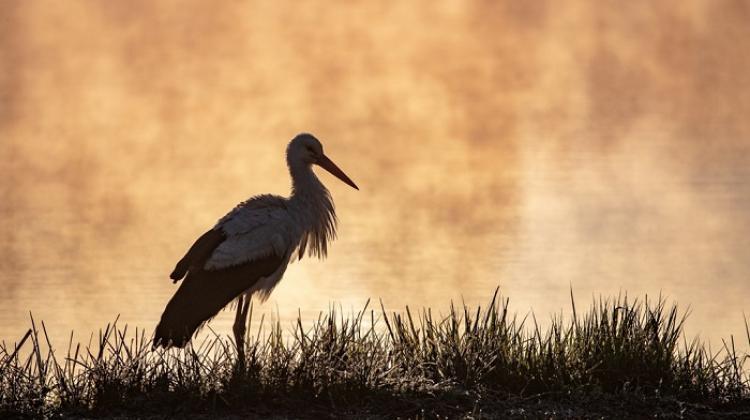 Despite not traditionally arriving in Poland until March 19th, this year storks were spotted as early as the beginning of the month.

But although the earliest arrivals are usually those that are more experienced and in better condition, Professor Piotr Tryjanowski from the Poznań University of Life Sciences has urged restraint in reporting such things as 'our storks are already returning to their nests’ as they could be confusing them with cranes. 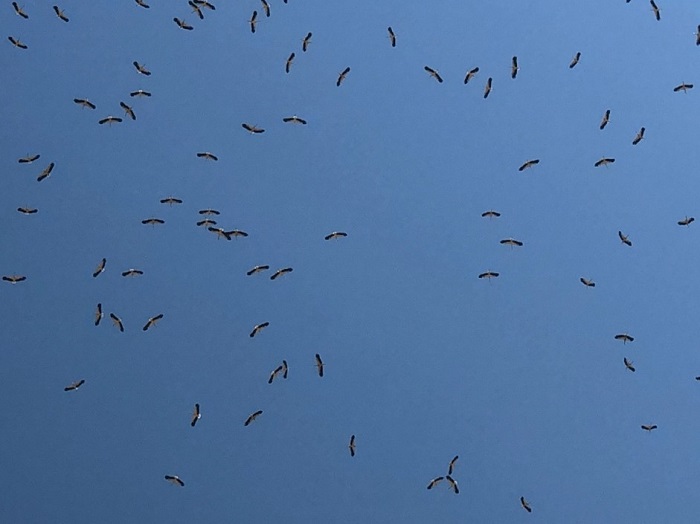 Trzyjanowski said: “This is evidenced by the fact that people reporting stork arrivals to southern Poland refer to... clanging, which is the typical, loud voice of the crane. Unfortunately, this is yet another proof that, as a society, we are losing knowledge of nature, even about large and charismatic species.”

People waiting for bird arrivals do not have to limit themselves to staring at the sky or monitoring stork nests. Technology, such as webcams installed near bird nests (including the very popular stork broadcast from Przygodzice in Wielkopolska) come to their aid. They can also observe the migration of specific birds. In the Opole region, dozens of storks were fitted with special satellite transmitters by Joachim Siekiera's team Silesiana.

He said: “Modern transmitters are not only light and ergonomic, they also collect - even at 20 second intervals - such data as heart rate, bird body temperature, flight altitude and, of course, a very precise geographic position. It has incredibly changed our analysis capabilities, especially if you can work in a larger team. For example, we know that this year in mid-March our birds are in Egypt.” 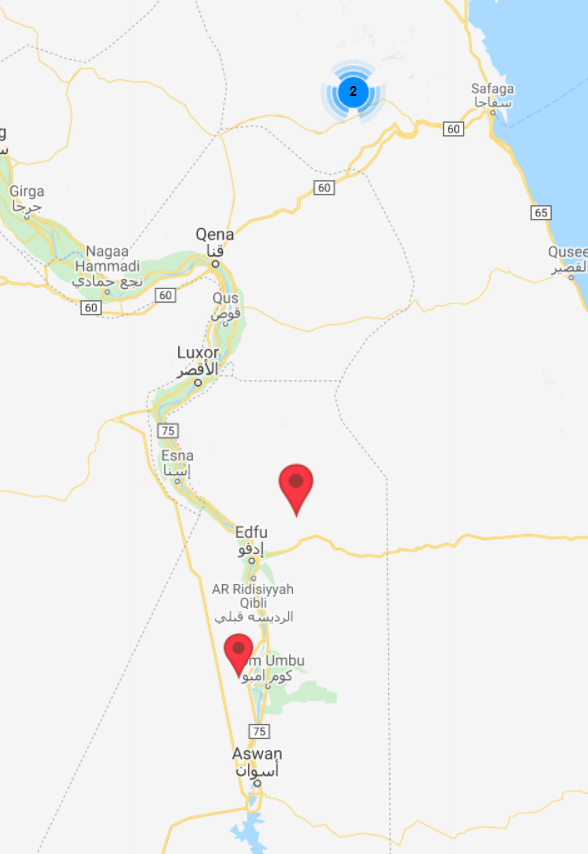 Experts from the Poznań University of Life Sciences point out that staring at the sky, looking at a meadow or a nest, is a theme that has been present in culture for a long time. If the first stork was seen in flight, it was considered a lucky sign; seeing one walking in the meadow foretold hard work, and seeing the first stork resting on the nest was considered a bad omen.

Professor Tryjanowski said: “The results of research on the population size of this species, especially in western and southern Poland, are not a cause for optimism. The population is in decline, and Poland has probably ceased to be the number one stork country. Hence, researchers are surprised by the fact that the white stork has not been included in the new Red List of Polish birds. Many suggest that in terms of numbers, Spain is already ahead of us. As a consolation, we can always hum to ourselves that we still have the second place on the podium."

Zoologists explain that arriving too early can be expensive for birds, especially when the winter weather returns with frost and snow, which is not uncommon in March, April and even May.

“But,” said Ytzyjanowski, “the risk generally pays off. And the earlier arriving birds are probably more experienced and in better condition.”

Adam Zbyryt from the Polish Society for the Protection of Birds and the University of Bialystok added: “The process of taking nests has a specific character. Nests, especially the largest ones, located in the best territories, are the objects of desire of all storks. No wonder that fierce battles are fought for them.”

“But, just like in the sale of real estate, the house is one thing, but the neighbourhood also matters."

Professor Leszek Jerzak from the University of Zielona Góra said: “We were surprised that not only the water level in the Oder had an impact on the sequence of nest occupation, but the presence of... grazing cattle is also important. This is probably related to the availability of food. And this affects the condition of the female about to start the energy-consuming process of reproduction, laying eggs.” 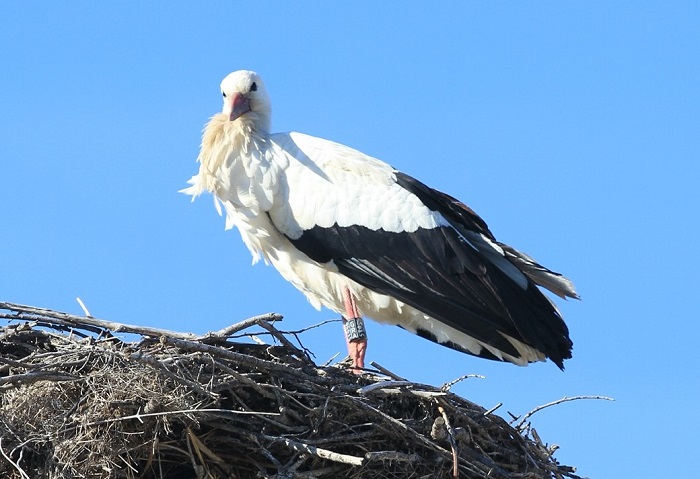 A female stork, identified by a colourful ring, already on its nest in Greece (March 2021). Credit: Lila Karta

The key question for scientists is why male and female storks have slightly different migration strategies. Joint research by teams from the Poznań University of Life Sciences, the Adam Mickiewicz University and the University of Szczecin shed new light on the issue.

Coordinator Dr. Zbigniew Kwieciński said: “Let's look at storks as airplanes, although for the sake of precision they are more like motor gliders, because they have to invest a lot of energy when ascending, and then they fly with warm air currents. Although it is extremely difficult to see sexual differences in storks, when we look at the structure of the intestines, females are significantly different from males. Stork females have longer intestines than males, which is related to their lifestyle.”