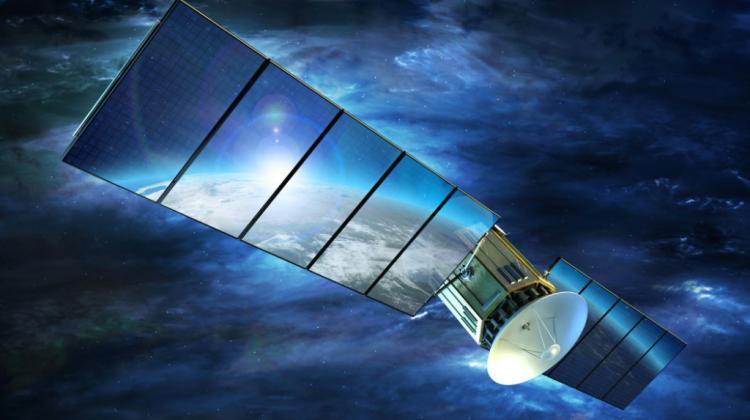 What happens to artificial satellites orbiting the Earth, and how does General Relativity affect orbits and movement of satellites? Scientists from the Wroclaw University of Environmental and Life Sciences and ESA explain.

General Relativity, presented more than 100 years ago by Albert Einstein, still contains many as yet undescribed phenomena. Scientists from the Institute of Geodesy and Geoinformatics of the Wroclaw University of Environmental and Life Sciences, together with researchers from the European Space Agency (ESA), present some rather unexpected effects and predictions regarding the behaviour of artificial satellites orbiting the Earth, which have never been described in the literature.

The results Professor Krzysztof Sośnica presented in October 2020 and in March 2021 at the meeting of the ESA GNSS Science Advisory Committee (GSAC) sparked a heated discussion and have now been published in the journal Celestial Mechanics and Dynamical Astronomy. The Wroclaw University of Environmental and Life Sciences also describes them in a popular science article on the website.

Albert Einstein explained the disturbances in the motion of planets with a theory comprehensively describing the relationship between time, space, gravity and matter. “But many other effects that affect the remaining orbital parameters have not yet been described in the literature. Our publication fills this gap and presents a description of the perturbations of orbital parameters and the change in the orbital period of Earth satellites. We derived the effects analytically and conducted simulations confirming our predictions,” says Professor Krzysztof Sośnica.

Researchers (including Polish scientists) described how these three effects affect the size and shape of the orbits and the orientation of the orbit plane with respect to outer space. “We have presented for the first time how the size of the orbits of Earth's artificial satellites changes due to the curvature of space-time by the Earth,” says Sosnica.

They also found that the semi-major axis of the orbit of all terrestrial satellites is reduced by 17.7 mm.

Sonic says: “We were surprised to find that this value was constant, regardless of the satellite's orbit altitude. It doesn't matter if it's 300 km for low satellites or 36,000 km for geostationary satellites. The change is always the same. We were also surprised by the value of the change in the semi-major axis, because it was exactly twice the Schwarzschild radius, i.e. the radius of a black hole with the mass of the Earth.”

If the entire mass of the Earth could be squeezed into a sphere with a radius of 8.9 mm, then the Earth would become a black hole. Nothing would escape, not even light. The black hole radius is called the Schwarzschild radius, or event horizon beyond which no information can escape. The scientists found that the change in the semi-major axis of all Earth's satellites is exactly twice the Schwarzschild radius. “And even if the Earth collapsed and became a black hole, the effect on all satellites on our planet would be -17.7 mm; regardless of whether the satellites would orbit high or low above the black hole,” Sosnica says.

A third unexpected effect was that the value of the geodetic precession strongly depends on the angle of the Sun's inclination in relation to the satellite's orbit plane. The scientists have shown that the geodetic precession effect is strongest for geostationary satellites orbiting the equator. Previously, no one paid attention to it, because only the average effect was taken into account, not the real effect resulting from the satellite-Earth-Sun geometry.

You can read more about the results of the work of a group of scientists from Poland, France, the Netherlands and Spain at: https://upwr.edu.pl/en/news/scientists-from-upwr-and-esa-have-solved-einsteins-puzzle-297.html