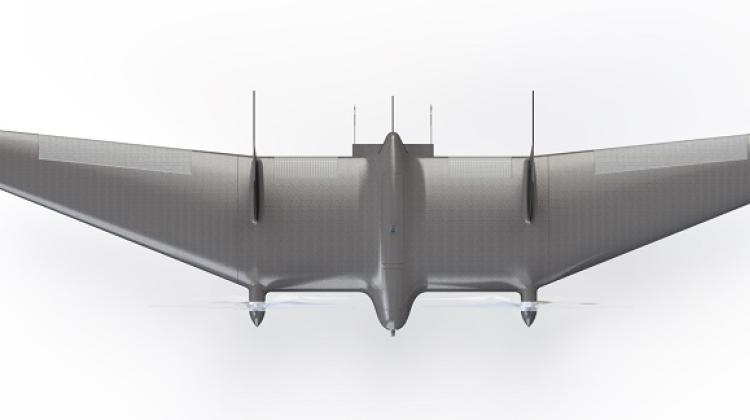 Organized by Mars Society South Asia, the task set in the competition was to design a fully-equipped, unmanned aerial vehicle to transport a package and measure atmospheric parameters on the red planet.

Hubert Gross, project leader of the university’s Legendary Rover Team, said: “The use of UAVs for space exploration opens up great opportunities for us. The organizers of the competition encourage students to think innovatively, break down barriers and open their minds to new prospects. The recent Ingenuity flight proved that flying is possible on Mars, which allowed for a completely new approach to exploration of alien planets.”

The process of designing a drone flying over the surface of Mars is different from creating an Earth-based aircraft. Because the chemical composition of Mars’s atmosphere, wind speed, pressure, gravity, temperature, dust and topography is different than on Earth, this affects the aircraft's mobility, aerodynamics (including rudder efficiency, wing and propeller profiles), physical parameters, drag forces, lift.

Electronics are exposed to extreme temperatures and radiation. The equipment must be resistant to fine dust, the design must take into account the topography that is difficult to analyse and many other factors.

Yurii Kravets, who was responsible for aerodynamic analyses, said: “The most important part was to adjust the wing geometry and profile to obtain the best lift characteristics at low Reynolds numbers in the Martian atmosphere.”

When designing the UAV, it was necessary to perform a reconnaissance with a photo using photogrammetric methods. The tasks included a logistic mission, which consisted of transporting a package, and carrying out an analysis of the Martian atmosphere including the measurements of the presence of gases, humidity and temperature in the indicated place.

The drone’s mechanism designers Adam Szelec and Rafał Żytniak said: “The most difficult task during the design was the mass optimisation of the solutions we proposed. The package gripping mechanism was made of thin sheets of durable titanium, for which we carried out FEM analysis to ensure that it would not damage the package when applying pressure to it.”

The innovation was the use of plasma actuators to control the flow along the leading edge and trailing edge. The system consists of three electrodes separated by a non-conductive material. The electrodes are offset to each other in the direction of flow. This is called MEE (multiple encapsulated electrode) system, in which the first electrode is on the wing surface, the second electrode is just below the surface in the flow direction, and the last (with the largest surface) is on the lower layer of the dielectric material.

Under the influence of high voltage, a region of ionised gas is created on the surface behind the exposed electrode, the ions accelerate in the direction of flow (thanks to the electrodes under the surface), changing the velocity distribution in the boundary layer. As a result, they shift the laminar-turbulent transition point towards the trailing edge.

In their calculations, the students took into account the greater molar mass of the atmospheric gas and lower gravity, and estimated that a solution with a Reynolds number of 15,000 would in the best case increase the lift by up to 100% with a power consumption of 0.5 W/m.

The team’s electronics engineer Kamil Ziółkowski said: “Research shows that their use is very beneficial in the low Reynolds numbers region that we get on Mars. It is possible to use plasma actuators at low pressure of 1 kPa, and in an environment composed only of CO2, and these conditions are very similar to those on Mars.”

Although the Legendary Rover Team which specialises in building Mars rovers previously took first place twice at the prestigious international University Rover Challenge in Utah, USA, this is the first time they have taken part in the International Planetary Aerial Systems Challenge.

The team made up of students from the Faculty of Mechanical Engineering and Aeronautics and the Faculty of Electrical and Computer Engineering, donated the cash prize to fighting the COVID-19 pandemic in India.