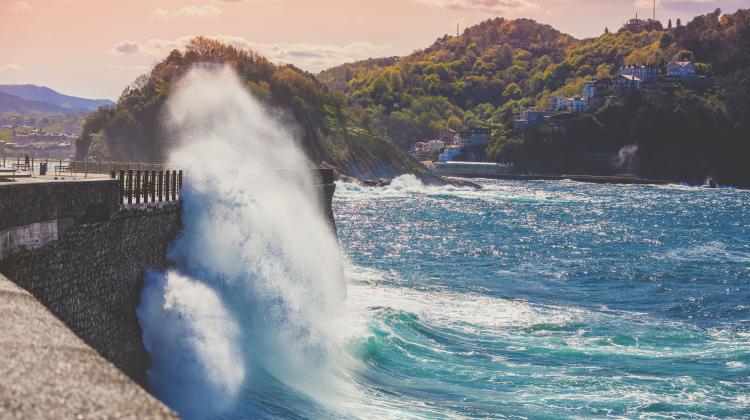 With the threat of coastal flooding increasing as sea levels get higher, the best solution may be into raise coastlines, say scientists.

According to the international team of researchers, in the worst case scenario of global warming there could be a 50-fold increases in ‘coastal overtopping’.

Writing in Nature Communications, the scientists warn that overtopping is the result of not only rising ocean levels and more frequent storms, but also increasing wave heights on exposed, open shores.

They add that low-lying coastal areas are threatened not only by progressive erosion and rising water levels, but also by episodic flooding caused by the overflow of waves through natural and artificial coastal protection structures.

Among the the highest at risk are the Baltic Sea next to the Gulf of Mexico and Eastern Africa.

According to Professor Jacek Piskozub, an oceanologist from the Institute of Oceanology of the Polish Academy of Sciences in Sopot, in Poland the problem mainly concerns ports.

He said: “Our coast may seem boring: beach, dunes, forests; but it offers good protection against storms. Our dunes are high enough to prevent storms from overflowing them, at least for the next several dozen years.”

But ports are different. If the average global sea level has increased by more than 20 cm since pre-industrial times, this level is now higher to begin with, and the level of sea damming and the level of waves should also be taken into account.

Piskozub said: “The sea continues to rise and we are not raising the quays. They may be well designed, but for conditions in the 19th century. At present, storms may increasingly overflow the wharfs; we are already seeing it. And if the sea level is almost at the quay level, a small wave is enough to carry the water to the other side of the quay, into the city, which can cause large financial losses. The problem is far from trivial.”