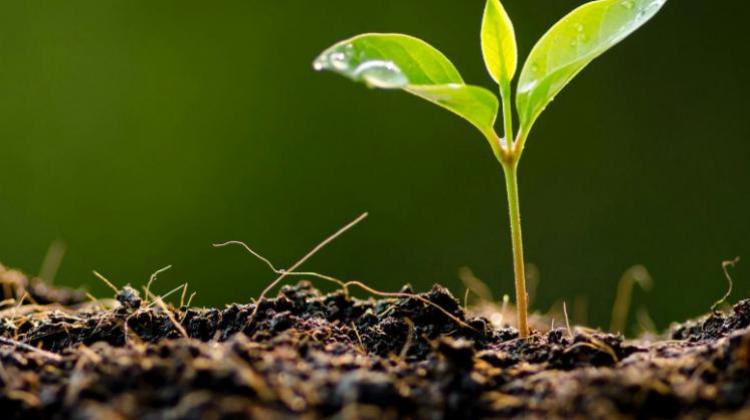 Plants that absorb nutrients from fertilizer more slowly and in a controlled manner are in better condition than plants fertilized conventionally, a new study has found.

By optimising the production process of controlled release fertilisers, researchers from the Department of Biomaterials and Composites at the Faculty of Materials Science and Ceramics of the AGH University of Science and Technology in Kraków were able to evaluate how they work on blue tansy, oats and millet.

COATINGS ALLOW TO CONTROL THE RATE OF FERTILIZATION

CRFs contain biogenic elements that the plant can not absorb immediately. They are usually coated with materials that control the nutrients release rate and time, among other things. This distinguishes CRFs from traditionally used mineral fertilizers.

Dr. Piotr Szatkowski from AGH-UST said: “We simulated rainfall on the crops and on the basis of water that flowed through the soil and then was collected in a tight container, we determined the concentration of salts washed out of the soil.

“It turned out that the salt concentration was much higher in samples with commercial fertilizer. After completing the rainfall simulation, the plants were harvested and examined.”

Katarzyna Suchorowiec from AGH-UST added: “The plants for which no fertilizers of any kind were used were clearly more fragile and brittle. In addition, they had a less intense colour, which may indicate nutrient deficiencies. Plants grown on fertilized soil substrate were in a much better condition. However, these crops fertilized with CRFs had a greater stem thickness and more intense and expressive colour.”

GOOD FOR PLANTS GROWING IN WATER

Plants fertilized with CRFs accumulated water better than those cultivated on other substrates. According to scientists, CRFs are suitable for fertilizing plants growing in water. Currently, the possibility of fertilizing such plants is limited and problematic due an excessive increase in mineral salt concentration in water. Thanks to the additional coating, the salts in the fertilizer get into the water at a much slower rate, and the plants are not exposed to the effects of sudden increase of their concentrations.

CRF in water studies at AGH-UST showed that these fertilizers are gradually released salts both in the initial phase and after a long time. At equal intervals, the salt concentration increased by the same value. Researchers predict that such fertilizers would make it possible to precisely fertilize plants growing in water, for example rice. This would also mean much less interference in the natural environment on arable fields and in their vicinity.

The conclusions from AGH-UST scientists' research indicate, among other things, that the use of fertilizers with controlled release of microelements is an alternative method of fertilization. Such fertilizers would slowly release nutrients to the soil. Plants would therefore have continuous access to microelements, ensuring sustainable growth and development. According to the researchers, fertilizers based on slow, controlled release would prevent nutrients from being washed out from the soil during intense rainfall.