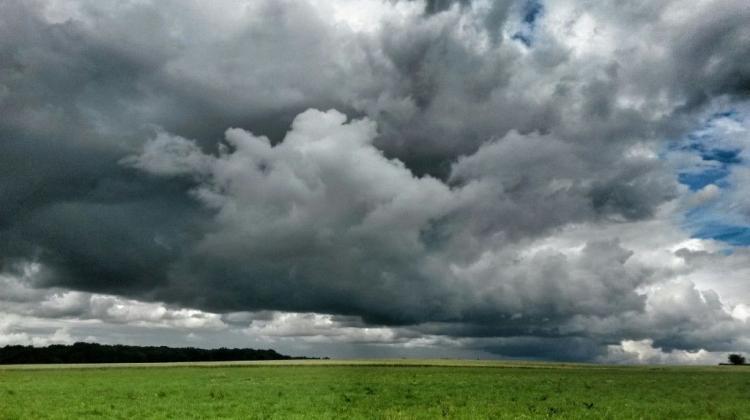 Using 3D technology to warn the public about the effects of weather events may increase the effectiveness of alerts, say scientists.

Researchers from the National Information Processing Institute near Opole, carried out research on the effectiveness of 3D technology in transmitting messages about threats to the civilian population.

Four groups were presented with messages about impending threats in different versions. The subjects included residents of regions that had been affected by floods in the last two years and volunteer fire fighters who had participated in rescue operations.

Scientists found that the level of motivation to take protective measures depends on the form of the warning message.

The only group that saw the warning message and did not experience increased motivation to take protective measures was the group with a static background. It is estimated that this is the format most used on television today.

Dr. Cezary Biele, head of the institute's Interactive Technologies Laboratory said: “There are various techniques for influencing people's decisions and behaviour. One of them is the approach based on the expected results of actions.

“This approach uses the Protection Motivation Theory, which assumes that human behaviour depends mainly on two processes - risk assessment and coping skills. They determine the level of protective measures.

“The feeling of fear in the process of risk assessment may have an additional motivating function. However, it is important that warning messages also tell the public what, how and when to do to be protected effectively. Fear alone can cause unnecessary panic in such situations.”

The research was inspired by the events of 2018 in Florida, where, while Hurricane Florence was approaching, one of the TV stations decided to present a message using 3D technologies about the effects of the wave also for people living more than one hundred kilometres inland.

In the Polish study, the '3D group' declared a significantly higher level of fear of the effects of a flood compared to the static background group. The scientists found that 3D effects did not cause panic, they only slightly increased fear. People were not scared enough to be unable to remember the warning information that followed.

Although the final level of motivation to take protective measures in the case of '3D' and 'white background' groups does not differ significantly, the researchers say that the analysis of differences in the level of fear in the experimental groups indicates that the processes responsible for the willingness to take protective measures may be different.

The scientists said: “On average, after seeing a 3D warning people were able to spontaneously name 6 to 7 recommendations. A similar result was obtained in the remaining groups that saw the warning. This may not seem much considering that the message included 22 recommendations for the time of danger. However, the knowledge of people who live in areas at risk of flooding was practically zero before.”

They added: “Too much animation distracts the viewer from the message and relevant information. This increases the risk that the viewer will not receive the intended message.”