Do trees produce more as they age? Not necessarily, says new study 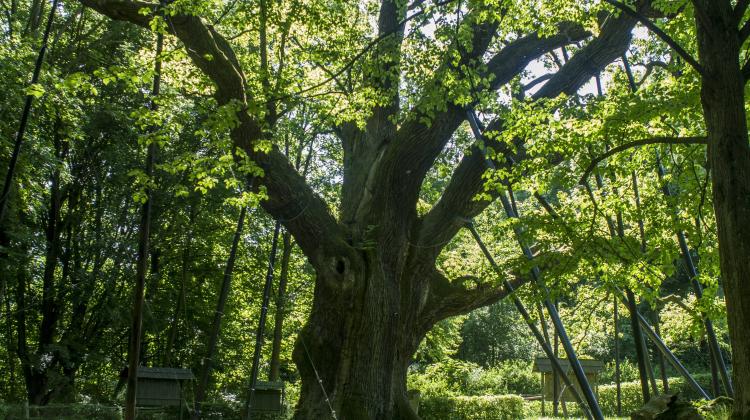 New research seems to debunk a long-held myth that the older a tree gets the more seeds, fruits or nuts it can produce.

Scientists from 13 countries studied nearly 600 species of trees and found that in around 80 percent of them, fecundity reached a peak when the trees were of moderate sizes. Then it would decline.

They added that although that does not mean that the remaining 20 percent have a secret 'elixir of youth', at the moment there is not enough data on older, larger tress from this group to say.

Co-author James S. Clark, a professor of environmental science at Nicholas School of the Environment at Duke (USA), said: “On one hand, it’s extremely implausible that fecundity in trees indefinitely increases with age and size, given what we know about age-related deterioration in humans and all other multi-celled organisms.

“On the other hand, strictly speaking, there's been no conclusive evidence to disprove it.”

He added: “For most of the species we study, including humans, one of the most fundamental variables we measure is birth rates. For animals, it's often easy - you count the number of eggs in a nest or pups in a litter.

“But when you get to trees, it's trickier. You can't directly observe how many seeds are being produced, and, as this study shows, approximation doesn't work either. You need another way to do that. Our model can help meet that need.”

With many fruit tree crops being replaced every two or three decades, there are difficulties with monitoring seed production in non-cultivated trees. As a result, most studies on tree fecundity have relied on datasets that skew toward younger trees that are still small or medium-sized. Lacking sufficient data on seed production in a species' later stages of development, scientists have had to approximate these numbers based on averages from earlier stages.

The problem is that trees do not necessarily produce a regular number of seeds each year at any size or age. There can be huge variations from year to year and tree to tree - from zero seeds one year to millions the next. So, using past species averages to project future production can lead to considerable errors, the scientists emphasise.

According to its authors, the new study avoids this pitfall by synthesizing data on seed production and maturation status for 585,670 individual trees from 597 species monitored through the Masting Inference and Forecasting (MASTIF) network.

The network’s global database contains detailed records, often stretching back many decades, on the annual seed production of trees growing at more than 500 different sites in North America, South America, Asia, Europe and Africa. New observations can be easily entered into the database. Anyone can do it (how? - read HERE).

Having access to such a vast repository of raw data enabled the scientists to develop a model calibrated to accurately calculate long-term tree fecundity.

Co-author Dr. Tong Qiu said: “Tree fruits and nuts comprise three percent of the human diet and are also important for many birds and small mammals, while tree seeds are vital for forest regeneration.

“To manage and conserve these resources effectively, we need to know if declines in fecundity are likely to occur, and at what size or age they might set in.”

The paper by 59 researchers from Chile, Italy, Canada, Poland, France, Spain, Switzerland, Japan, Slovenia, Germany, Panama, Puerto Rico and USA, was recently published in the Proceedings of the National Academy of Sciences of the United States of America.