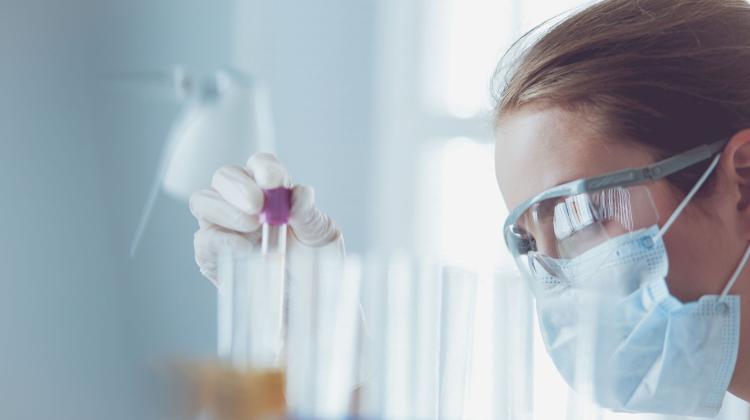 Dr. Karolina Pierzynowska from the Faculty of Biology of the University of Gdańsk is among four finalists competing for the international Future Science Future Star Award.

The winner, from either Poland, Pakistan, Cameroon or Italy, will be chosen in a poll and will receive £1000.

Dr. Pierzynowska from the university’s Department of Molecular Biology conducts research on the search for pathomechanisms and new therapeutic strategies for genetic and neurodegenerative diseases.

She said: “The subject of my doctoral project was to develop therapy for Alzheimer and Huntington's diseases using genistein, a naturally occurring isoflavon.

“Research carried out on both in vitro and murine models of this disease showed high safety and high effectiveness of this therapy.

“This research has now been recognised by the Future Science Future Star Award committee.”

The biologist sees herself in five years as a leader of her own research group to lead the highest quality research in the field of molecular and cellular neurobiology.

The international Future Science Future Star Award is organized by Future Science and the journal Biotechniques. Its purpose is to distinguish outstanding life-science researchers whose work is set to impact human health, 'who have shown an explosive start to their careers and have a passion for their respective fields that is inspiring'.

The jury of the award is consists of experienced scientists from around the world. In the current edition of the competition, the jury members were: Ian A Blair (University of Pennsylvania, USA), Ananda Bandyopadhyaay (Bill & Melinda Gates Foundation, USA), Andy Tay Kah Ping (National University of Singapore) and Catherine Martel (Université de Montréal, Canada).

Read more about Dr. Karolina Pierzynska's research on the University of Gdańsk website. You can vote on this page.