Poland sees increase in number of students from former USSR 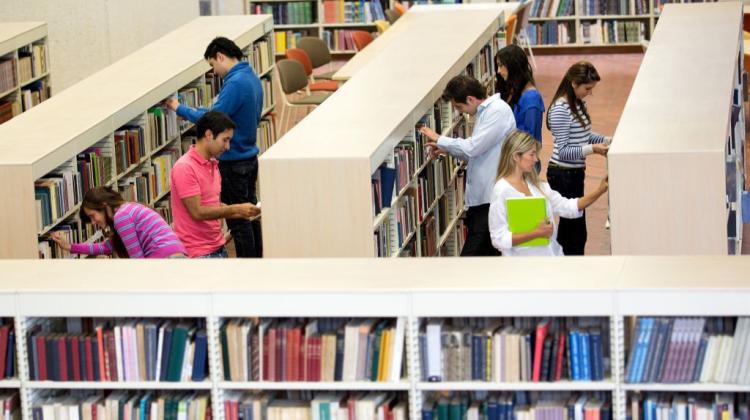 Close to 55,000 students in Poland come from the countries of the former USSR - over 10 times more than 15 years ago, according to economists from the Faculty of Management and Economics at the Gdańsk University of Technology.

In the academic year 2020/21, the researchers found there were 84,000 foreign students in Polish universities, 3 percent more than a year earlier.

Dr ab. Małgorzata Gawrycka from the Gdańsk University of Technology and Dean of the Faculty of Management and Economics said: “The increase in the number of students from the countries of the former Soviet Union can be assessed positively, especially in the face of demographic changes.

“The creation of appropriate conditions for graduates may improve the functioning of the Polish labour market not only now, but also in the future.”

She added: “A support system should be built for those who decide to remain in Poland after they complete their education, for example people with high professional qualifications from the IT industry. Especially considering that during the studies, these people improve knowledge of the Polish language, they assimilate much more easily in the work environment knowing the culture of the country in which they have spent several years.. 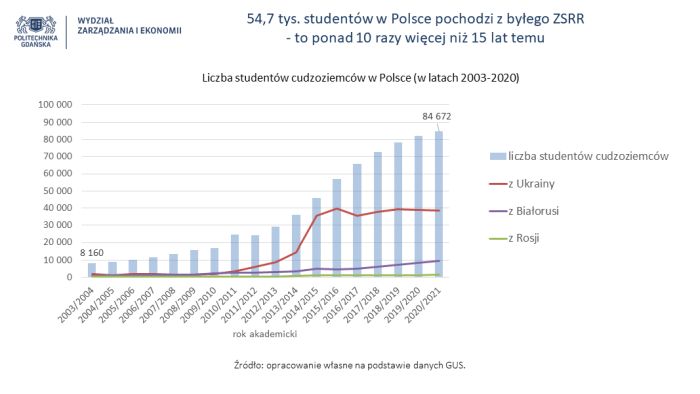 The analyses also showed that 'only one in three Belarusians currently studying in Poland has Polish roots'.

The researchers said: “This is a big change from the beginning of the 1990s, when most foreigners studying in Poland had Polish origins and received scholarships from government funds.

“A particularly large inflow of students from the former USSR occurred after Poland's accession to the European Union, because it was associated with obtaining a diploma recognised throughout Europe.”

Krystyna Gomółka and Małgorzata Gawrycka from the Faculty of Management and Economics of the Gdańsk University of Technology analyse the situation related to the influx of immigrants from the former USSR to the Polish labour market.

In addition to Ukrainians and Belarusians, their research also concerns the citizens of the Baltic countries, Transcaucasia and Central Asia.

Their analyses show that over 400,000 work permits for foreigners were issued in Poland in 2020 and most numerous group of economic immigrants in Poland are Ukrainians.