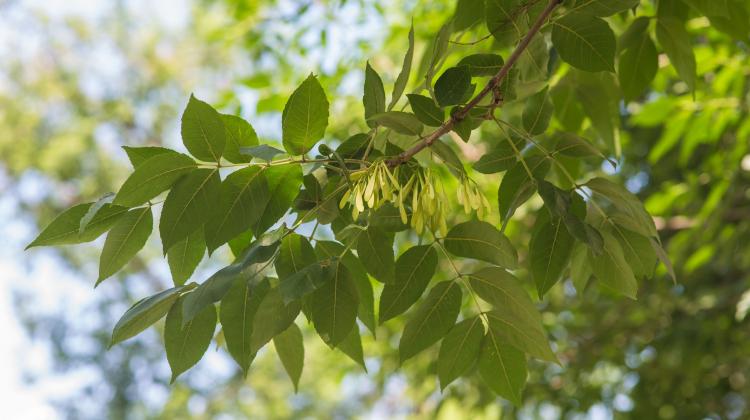 The level of damage to ash trees is smaller on soils with lower availability and less fertile ones, Polish scientists have found.

Ash dieback started in the 1990s as a result of the fungus Hymenoscyphus fraxineus spreading throughout Europe and contributing to the ‘death’ of tens of thousands of hectares of ash forests.

The mortality of trees is now estimated at 69 percent, which affects a significant reduction in the participation of this species in the forest stand.

Publishing in Forest Ecology and Management, the report’s co-author Dr. Marcin K. Dyderski from the Institute of Dendrology PAS, said: “Ash dieback has enormous consequences for the functioning of forest ecosystems, because the European ash is the habitat of many dependent organisms, especially fungi, lichens and epiphytic mosses. The tree also has economic importance as a source of wood raw material.”

The European ash is a species associated with a fertile and humid soil, forming riparian forests that are local biodiversity hotspots, areas with clearly greater richness of species and life strategies. Previous studies have shown that the mortality of ash trees growing in optimal conditions (on fertile, humid, neutral soil) is greater than of those growing in less typical places. This applies to both adults and young trees. Most studies were focused on adult trees, while few researchers dealt with the young generation of ash trees.

The team led by Dr. Krzysztof Turczański from the Poznań University of Life Sciences attempted to identify factors determining the amount and degree of damage affecting the young generation of ash in suboptimal habitats. In the vicinity of stands dominated by ash, researchers analysed the impact of distance from the source of seeds, soil conditions and fleece vegetation on young ash trees. Their models show that the number of young trees decreases as the distance from the source of seed increases, but the damage level decreases as well. This is connected with a more difficult transmission of fungus spores that causes the dieback in a lesser density of trees. The researchers also show that the level of damage is smaller on soils with less water availability and less fertile ones.

The analyses show that sub-optimal habitats, in which ash produces a smaller amount of offspring, reduce not only the risk of fungus damage causing dieback, but also the risk of deer browsing. For the new generation of ash trees, they can therefore be refuges from the disease, which mostly attacks stands with a large share of this species. Individual trees that will survive, can become a source of seeds enabling a natural return of ash to forests, in which it used to dominate.

For this reason, the research results will have applications in forestry and nature conservation. They will help plan the preservation of ash gene resources and support its his return or reintroduction. Unusual habitats will be taken into account in planning as an additional supporting element.