Teenage boys most at risk from MIS-C, say scientists 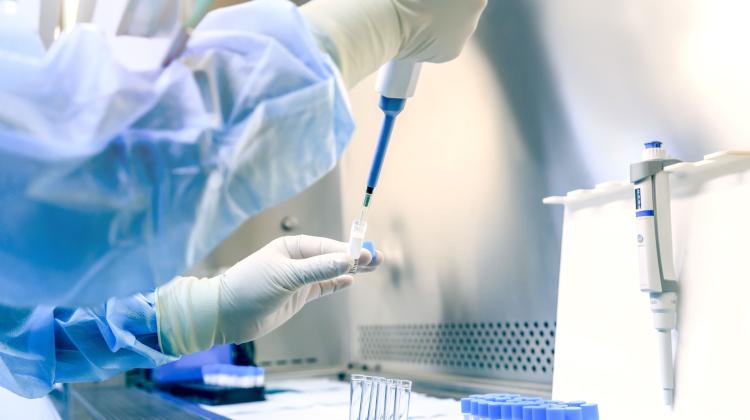 Teenage boys are most at risk from multisystem inflammatory syndrome in children (MIS-C) after being infected with COVID-19, new research shows.

The study carried out by scientists from three Polish universities and an institute of the Polish Academy of Sciences examined the course of the disease in 274 children with MIS-C in Poland.

After the US and the UK, the research is the third largest scientifically described database of MIS-C cases in the world, covering the cases until February 20, 2021. Since then, the number of children with confirmed MIS-C in Poland has at least doubled.

The publications first author study coordinator Dr. Kamila Ludwikowska from the Department of Paediatrics and Infectious Diseases of the Wrocław Medical University said: “Our research project is associated with the nationwide registry of inflammatory diseases of children, where MIS-C cases are reported. Based on the data from 45 centres in Poland, we can conclude that MIS-C has been observed in about 650 children. Some of these cases require additional verification, but we see a clear convergence between the prevalence of MIS-C and the peaks of the COVID-19 pandemic waves.”

She added that in connection with the current 4th wave, some regions of the country are already seeing an increase in the number of paediatric patients with the multisystem inflammatory syndrome.

She said: “In Lower Silesia, where the current wave started a bit later, we expect a MIS-C outbreak in about 2-4 weeks. Children develop MIS-C about 2-8 weeks from SARS-CoV-2 infection, on average a month after the infection.”

Previous studies show that in Poland the course of the disease is usually milder and burdened with a lower risk of death than in the US and Western European countries. Three deaths have been recorded so far, and there is no certainty whether MIS-C was the direct cause of death (determining this requires additional analysis).

The Polish scientists are also looking for answers to the question of whether genes determine the risk of MIS-C.

Typically, the disease also affects the circulatory system. Patients with acute disease develop symptoms of heart failure, while permanent complications may include coronary artery aneurysms. These children have an increased risk of heart attack and other serious problems in the future, and require prophylactic treatment throughout their lives.

MIS-C is not dependent on to the severity of the COVID-19 - the complications also affect children who have had an asymptomatic SARS-CoV-2 infection.

The research project which was published in December in the journal Scientific Reports under the title ‘Distinct characteristics of multisystem inflammatory syndrome in children in Poland’, was carried out  by specialists from the Department of Paediatrics and Infectious Diseases of the Wrocław Medical University - Professor Leszek Szenborn and Dr. Kamila Ludwikowska.

The research project started in May 2020, shortly after a description of MIS-C was first published. (PAP)