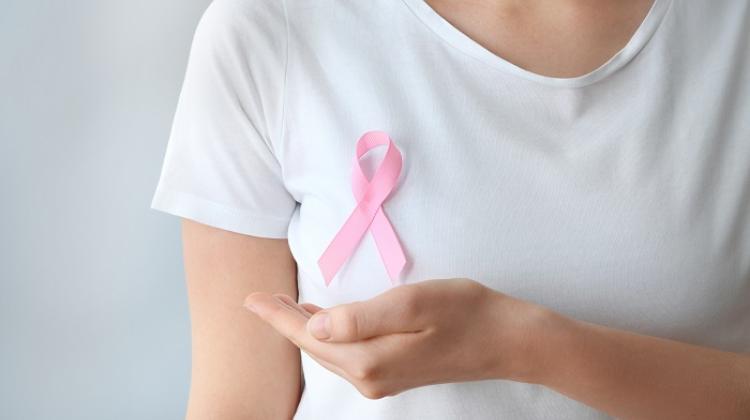 In the continuing search for a cure for breast cancer, Aleksandra Markiewicz from the Department of Translational Oncology, Intercollegiate Faculty of Biotechnology of the University of Gdańsk and the Gdańsk Medical University, has been looking for a source of information in the body that will help predict a patient's susceptibility to drug therapy.

Dr. Markiewicz said: “In our research, we will search for circulating tumour cells and cancer DNA in the blood of breast cancer patient. This means cells and their genetic material released into the blood from the primary tumour or metastasis.”

Researchers will collect the identified circulating tumour cells and test them for the presence of several hundred changes (mutations) in their DNA, which may indicate sensitivity or resistance to treatment. Specialized equipment needed to more efficiently collect individual cells from patients with breast cancer, as well as all materials and reagents necessary for the isolation of these cells from the collected samples and molecular processing will be purchased with funds from the OPUS 20 + LAP programme.

The researchers will also check if the mutation change profile is similar in the primary tumour and the circulating tumour DNA “to additionally correlate these data with the identification of mechanisms of tumour resistance to treatment,” said Dr. Markiewicz.

Scientists want to isolate many phenotypes of these cells and identify the characteristic DNA changes, which may be related to their aggressiveness, or be the targets of molecularly targeted therapy.

Markiewicz said: “Because circulating tumour cells are rare and heterogeneous, we want to profile them at the level of each identified cell, which requires very advanced profiling methods.”Research of this type is necessary to show how cancer evolves during treatment, and what parameters are most helpful in assessing the effectiveness of treatment and relapse risk as early as possible.

Dr. Markiewicz said: “We hope that new therapeutic goals will be determined based on the profiling of these circulating markers (circulating tumour cells or circulating tumour DNA) and not only the primary tumour, which is analysed in the classic diagnostic procedure.”

She added that cancers are characterized by high heterogeneity. Within the primary tumour, there are numerous populations (clones) of cancer cells with different molecular profiles and thus sensitivity to therapies.

The scientist said that she wants to go a step further and not only examine the molecular heterogeneity of the original tumour, but also cancer cells released from it, or circulating tumour cells that can be the most aggressive group of cancer cells in the body. These cells are isolated from a blood sample taken from the patient during routine tests.

She continued: “Due to the low invasiveness of blood collection procedures, this process can be repeated, which enables frequent monitoring of changes in the molecular profile of circulating tumour cells and cancer DNA and allows to evaluate the effectiveness of therapy.

“The ability to quickly assess the developing resistance would be a tool allowing for faster therapeutic intervention, treatment adjustment, tailoring it to a particular patient at a given moment.”

She added: “Although cancer cells originate from our own cells, they can hide from the immune system surprisingly well, turn on and turn off the molecular programs to survive and grow. It would be great to learn to outsmart these cells to destroy them.”

Genomic analyses of the material collected by Dr Markiewicz's team will be carried out at the German University of Regensburg (known for pioneering research on individual cells) by a team under the supervision of Dr. Zbigniew Czyż and Professor Christoph Klein.

Cooperation between Polish and German scientists will be possible as part of the OPUS 20 + LAP programme, for which Dr Markiewicz received PLN 1,134 743 co-financing. Researchers from the University of Regensburg received parallel financing from the German Research Foundation (Deutsche Forschungsgemeinschaft) for the joint project 'Genomic profiling of circulating markers and paired primary tumours in breast cancer patients'.

According to epidemiological forecasts, cancer will become the leading killer in the 21st century. An increase in breast cancer incidence is observed globally, which is why more and more patients will be treated for breast cancer.

Markiewicz said: “Early tumour detection is associated with a better prognosis, but the selection of the right therapy and monitoring the response or possible relapses of the disease is still very important for cancer control.” (PAP)