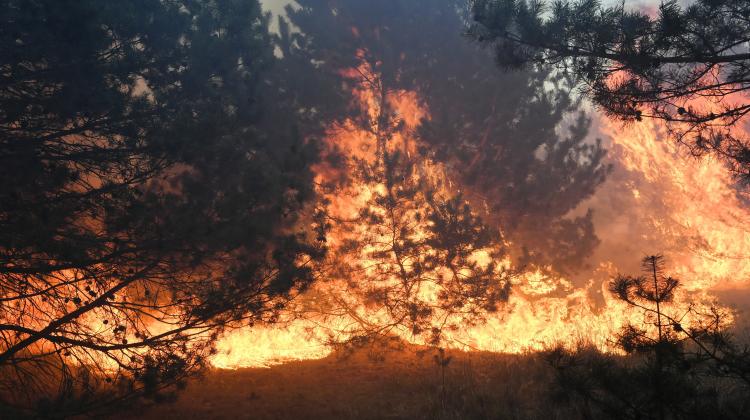 Experts from the Warsaw University of Technology are co-creating a sensor that will enable forest management on a global scale.

One of 49 international institutions involved in the EUR 23 million project SILVANUS, the university says its technology is expected to minimize the risk of fires, and if they do happen, effectively run extinguishing operations.

Using wireless communication and coordination of unmanned aircrafts and autonomous terrestrial robots, the sensors will send information to engineers, environmental technicians and representatives of social sciences.

Polish experts will develop and implement the communication part of the system which will make it possible to safely transmit data from devices located in forest areas to mobile command centres. The team from the Warsaw University of Technology will also participate in constructing sensors.

Professor Wojciech Mazurczyk from the Institute of Computer Science at the Warsaw University of Technology, leader of the Polish science team in the SILVANUS project said that researchers will analyse and integrate available data to create new sets of information on forest fires around the world, climate models, weather data and tools for observing the surface of the Earth.

They will also develop smart models that will predict fires in forest areas, and algorithms to calculate the scale of damage.

SILVANUS will take into account the knowledge and experience of fire fighters and local residents who face the dangers of fires. Researchers will involve all parties in forest regions in the process of assessing fire risk ratios, development of training methodology for fire fighters, the use of virtual/augmented reality (VR/AR) training tools and simulations of real environments and life-saving scenarios. Information campaigns will include the implementation of a mobile app to engage citizens, as well as automatic notifications concerning safety practices.

The university said: “Pilot implementation is planned in the next two years in eight European countries. The system will also be tested in Indonesia, Brazil and Australia, the countries most vulnerable to large forest fires. The 4 million ha tropical forest fire in 2020 released 2.64 gigatons of CO2, which is an example that the observed climate changes not only increase the risk of fires, but also contribute to even faster degradation of the natural environment (release of numerous substances harmful into the atmosphere during fires).”

It added that 2021 was the worst period in history in terms of the number of fires.

The problem affected 20 Member States, including Poland. Human activity remains the main cause of forest fires. Due to climate change, the periods of fires are longer and more intense, and the existing solutions are less and less effective against 'mega fires'.

The SILVANUS project is funded by the EU Horizon 2020 Green Deal programme.