Poland should increase the use of renewable energy sources, including geothermal energy, says expert 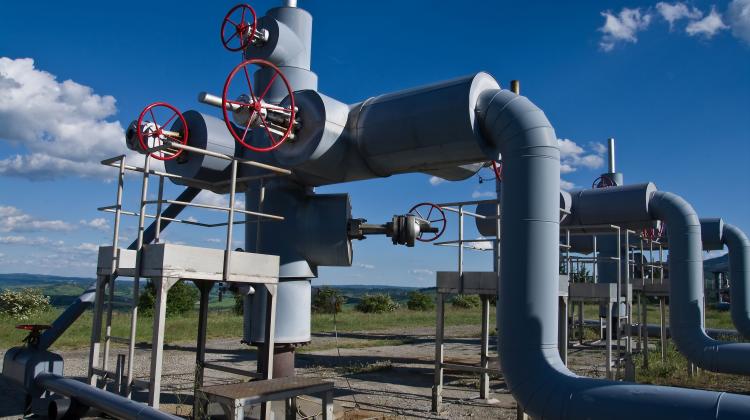 Polish cities remain among the most polluted cities in the world. To change this, we should increase the use of renewable energy sources, including geothermal energy, which is currently barely used in Poland, says Dr. Anna Sowiżdżał, a professor at the Faculty of Geology, Geophysics and Environmental Protection, AGH-UST.

During on-line lecture 'What to replace coal energy with? Geothermal energy - renewable energy from the depths of the Earth', organized by AGH-UST, Dr. Sowiżdżał referred to the Major Cities Ranking Air Quality Index (AQI) from December. The biggest Polish cities such as Wrocław, Warsaw, Kraków, and Poznań are at the top of most polluted cities in the world.

According to Sowiżdżał several factors are responsible for this. She said: “The energy sector is important, as well as transport, surface shape and buildings in these cities.”

She added that pollution was generated primarily as a result of 'burning fossil fuels that we use to produce electricity'.

She added: “We should direct attention to increasing the  use of renewable energy sources.”

These sources can be used to produce electricity, heat, and some of them also for transportation. They include solar, water, wind, biomass, and geothermal energy.

For many years, Sowiżdżał has been dealing with the issues of effective use of sustainable energy sources, especially research related to the evaluation of geothermal resources in different Polish regions, and the analysis of the possibilities of their use.

She said: ”In Poland, in addition to coal, we also have other energy resources below the Earth's surface. Geothermal energy is the energy of the Earth, energy accumulated in hydrothermal and petrothermal systems.”

Research shows that Poland has 'low-temperature geothermal systems', where the temperature of water and steam does not exceed 150 degrees Celsius. The largest geothermal province is the Polish Lowland area, where five geothermal plants are located: in Stargard, Mszczonów, Uniejów, Pyrzyce and Poddębice. The largest and oldest geothermal heating plant, operating since the 1990s, is in Podhale.

Sowiżdżał said: “In addition to geothermal heating plants in Poland we use geothermal water for other purposes, including balneotherapy and recreational purposes.”

Sowiżdżał continued that in recent years there have been developments in geothermal sector with new geothermal projects, and several new geothermal wells drilled. She told the online lecture: “We hope that in the coming years we will see the results of this work and new geothermal power plants will be built.”

She said: “Geothermal waters in the Sudetes are associated with crystalline rocks and primarily used for recreational purposes and balneotherapy.

In addition to the environmental benefits, there are important, huge social benefits associated with the creation of geothermal baths, balneotherapy centres and the development areas that have geothermal waters.

Currently, geothermal energy is used only to a small extent to satisfy energy demand in Poland. It is obviously not possible to replace coal only and exclusively with geothermal energy. The possibilities of its use exist primarily in the regions of the country that have geothermal resources.

Sowiżdżał said: “Estimates of geothermal resources can only be confirmed after drilling the first well. The well may turn out to be negative, which means large losses for the investor.

“Wherever these conditions are more predictable, and we know such regions, because we know that in the Polish Lowlands, the Lower Cretaceous and Lower Jurassic reservoirs are such safe bets (..) this risk is smaller'. Of course, she explained, experts be wrong about the water temperature. 'Complicated geological structure means that there is a greater risk of a so-called dry well.

“Polish geothermal conditions do not allow for 100 percent elimination of fossil fuels using only geothermal energy, which is why we should use other sources of energy, preferably green and renewable ones.”