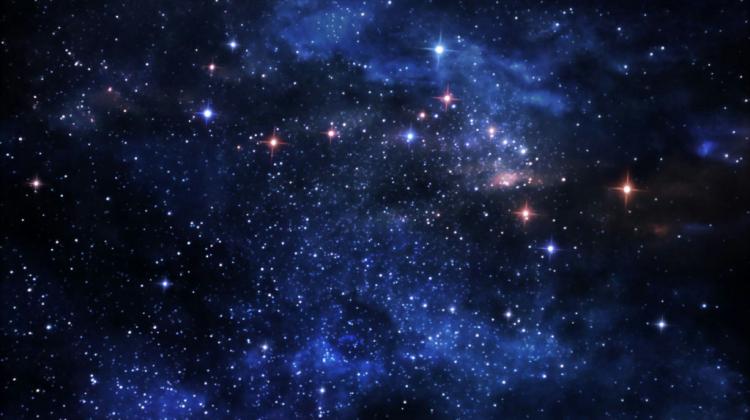 The Baikal-GVD telescope located in the waters of Lake Baikal in Siberia recorded an interaction event that probably comes from a very high energy neutrino. The direction of its origin is consistent with the location of the blazar PKS 0735+17, which means that its possible source is known, the Institute of Nuclear Physics PAS reports.

The neutrino event was recorded on December 8, 2021. It appeared only 4 hours after another neutrino signal was observed by the IceCube experiment in Antarctica; both signals probably originated from the same source. The information was published on the Astronomer's Telegram (https://www.asononomerstelegram.org/?read=15112).

Blazar (a distant, active galaxy, emitting a strong radiation stream towards Earth) PKS 0735+17 is one of the brightest objects of this type in the sky and a serious candidate for the source of very high energy neutrinos. In addition, it currently emits a powerful gamma, X-ray and radio burst. This powerful burst (very high energy, 43 Tev) along with the observation of two probable neutrino signals from one source constitute an extremely unique event, we read in the Institute of Nuclear Physics PAS release.

Experts from the Institute of Nuclear Physics PAS explain that neutrinos are elementary particles that interact very weakly, and thus - very rarely. Thanks to this, they carry undisturbed information about the source of their origin that can be extremely far away. On the other hand, neutrinos are very difficult to detect, which is why very large detectors are needed, with active volume reaching one cubic kilometre. Baikal-GVD is one of these detectors, it currently covers has a volume of about 0.5 km3. It is located in the clean waters of Lake Baikal in Siberia; its expansion continues to ultimately achieve the active volume of 1 km3. Its task is to register signals from secondary particles forming in the aforementioned, rare neutrino interactions. These signals are flashes of light, namely Cherenkov radiation.

The construction of the Baikal-GVD telescope is an international effort with the leading role of the Institute for Nuclear Research in Moscow and the Joint Institute for Nuclear Research in Dubna. Physicists from the Institute of Nuclear Physics PAS under the supervision of Dr. Paweł Malecki also participate in the project. A total of approx. 70 scientists and engineers from 11 research centres in Russia, Germany, Poland, the Czech Republic, Slovakia and Kazakhstan are involved. The first stage of Baikal-GVD construction was recently completed.

Baikal-GVD is not the only detector of this type. The IceCube detector in the Antarctic ice has been operating since 2010. However, it primarily observes the northern sky, while Baikal-GVD 'watches' the south (that is, for example, the centred of the Milky Way). Another telescope under construction in the northern hemisphere, KM3Net, has a much smaller active volume for now.