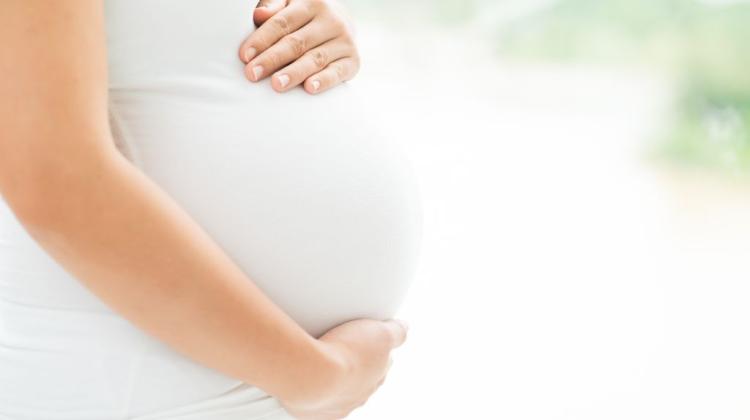 Pregnant and lactating women should have access to treatment for tumours or depression says Dr. Aleksandra Wesołowska from the Medical University of Warsaw.

Wesołowska, who is head of the University Laboratory for Research on Breast Milk and Lactation at the Regional Milk Bank, the Holy Family Hospital in Warsaw, assistant professor in the Department of Medical Biology, Faculty of Health Sciences, Medical University of Warsaw and President of the Human Milk Bank Foundation, said: “Studies confirm that most women take medications during pregnancy and lactation.

“Most of those drugs are administered 'off label', not according to indication. This means that there is no data supporting the safety or risks of their use in the perinatal period, which makes it very difficult for doctors to decide on the best treatment.”

She added that increasing numbers of women decide to become pregnant despite various health problems and very often decide to discontinue treatment.

She said: “For example, women after transplantation decide to have children. There is also a growing population of women (and people in general) who are treated for depression. They also get pregnant, they do not want to give up motherhood. And depriving them of treatment options usually ends in tragically.”

Regulations introduced in the 1970s, which excluded pregnant women from clinical trials, were introduced after a series of tragic births of children with defects as a result of their mothers taking a morning sickness drug - thalidomide, the action of which had not been tested on pregnant population.

Wesołowska continued: “This and other drugs harmful during pregnancy taken had been taken 'off label', without medical supervision, which is why their side effects were not known. Were this drug administered in clinical trials regime, it might have been possible to avoid the tragedy of this scale (10 thousand children were born with limb defects as a result of taking the drug off-label).

“We now have a lot more tools to monitor the safety of treatment, we have information on drug metabolism, more and more phenomena associated with the administration of drugs can be control to ultimately prevent adverse effects. The current diagnostic techniques allow to reduce the risk of taking medication in pregnant women to zero, of course, following proper testing.”

“Examples include immunosuppressive drugs in the form of antibodies. Even if they penetrate into the food, they are digested in the gastrointestinal tract of the child like other proteins, they are not dangerous.

“All this should be precisely defined in the research phase so that a drug that is not tested for its effect on pregnancy and lactation is not later taken in an uncontrolled manner.”

Although the patients themselves are only moderately willing to take part in clinical trials when they are pregnant, and usually ready to stop taking drugs during pregnancy because of concerns about the health of the child, there is also a group of women for whom clinical trials of new therapies are the only hope for the success of pregnancy.

Wesołowska said: “Analyses show that women after multiple miscarriages due to pathology of the placenta are usually willing to participate in clinical trials and use innovative therapies. They have had so many failures that they know that without a new drug are will not be able to maintain pregnancy.

“I am aware that these are extreme situations and the population of mothers suffering from diseases is not critical from the perspective of the pharmaceutical industry. But remember that the vast majority of women become mothers at some point. It may be a small percentage of the population at the moment, but more broadly, the issue of treatment during pregnancy affects half of the human population, and it is a question of safety of two lives - the mother and the child.”

She added that thousands of pregnant women experienced unequal access to safe therapy during the COVID-19 pandemic, saying: “This applied to both treating this dangerous infection (initially all COVID-19 drugs were administered only in clinical trials, which excluded pregnant women), and access to COVID-19 vaccination.

“We - scientists, experts - faced the need to issue opinions on the safety of vaccination during pregnancy and lactation, although initially we did not have any data on this subject, because, well, pregnant women were not included in clinical trials. It was difficult for me to agree with this as a scientist, but also as a woman and mother.”

Wesołowska’s answer to this situation is international research co-financed by the Polish National Agency for Academic Exchange (NAWA), initiated by a Polish team. Its goal is to assess the effects of COVID-19 vaccination on the physiological condition of women: lactation and breastfeeding. Adverse effects of vaccination and other therapies will also be defined in the context of lactation.

In January, as part of the study conducted by the Medical University of Warsaw, surveys will begin among the Polish population of women, who have decided to vaccinate during lactation.

Wesołowska said: “Information obtained from vaccinated mothers will give us a subjective picture of the situation. For one woman, arrested lactation can be an undesirable effect of the vaccine, for another it will be a discomfort during breastfeeding.

“Definitions of adverse reactions in the context of lactation together with their grading will then be clarified in the next stage of the project with the Delphi method, in which, if there are no data from clinical trials, a panel of experts reaches a consensus after multiple analyses and develops clear terms and definitions.

“Our project will fill a severe gap in science concerning the safety of therapy by clarifying what is, and what is not an adverse drug effect in the context of lactation.

“Interestingly, women often write that they know my official position, but still ask what I personally think about it and what I would personally do in this situation. I understand it, because until we have data, people will not have full confidence in experts.

“Today, we should be guided by the idea that we must not protect pregnant women and nursing mothers from doing clinical research, but instead we should protect them during a properly planned and conducted trial.

“Therefore, we want to convince the pharmaceutical industry to increase expenditures on research with this group, because of course if the participant in the study is a pregnant woman, the need to control the safety of treatment and monitoring visits is much larger.

“But this is only a matter of adequate, larger funds. I believe that with the current state of development of the pharmaceutical industry, safety assessment of new drugs with the omission of the population with special needs is no longer possible. Depriving pregnant women of access to safe therapy is simply unethical.

“Doctors and mothers want to have data flowing from research to take responsible and safe decisions.”