Polish scientists change virus-like particle size, plan to use it as drug carrier 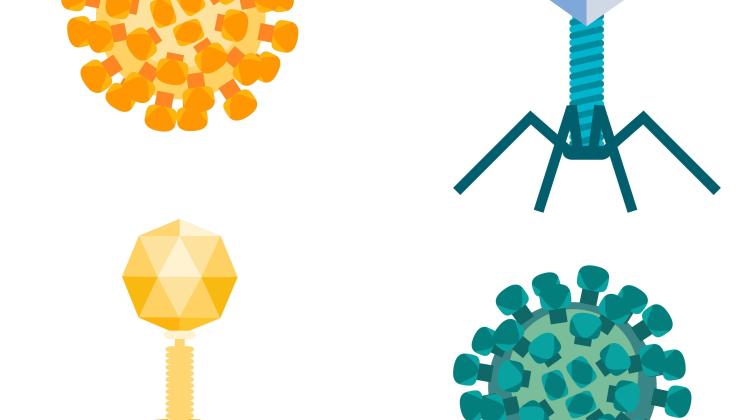 Researchers from the Małopolska Centre of Biotechnology successfully changed the size of a nanometer-sized virus-like particle (VLP). They managed to increase its dimensions, which in the future can lead to the use of these particles to transport drugs in the body, the Jagiellonian University reports.

The results of experiments have been described in the latest issue of Communication Materials. The Jagiellonian University also reports them in a release on its website.

The experts from the Jagiellonian University explain that viruses are masters at carrying cargo (their own genetic material) directly into the cells. The role of the virus as a container is, however, somewhat constrained by its evolutionary history. This poses a challenge if a VLP is to be used as a carrier for goods such as medicines that require a larger dose to do their job.. From the point of view of viral evolution however, excessive size means unnecessary energy expenditure, which is unfavourable.

In the new work, the researchers from the Małopolska Centre of Biotechnology used a common tool in biotechnology, a particle based on a bacteriophage (a virus that infects bacteria) called MS2. They modified the capsid (the protein shell) that can be arranged in two different forms by adding short amino acid sequences on the outside of the capsid.

'What we found is that the amino acid sequences added affected the rate at which the proteins change from one form to the other. This, in turn, affects how the proteins are able to fit together to make the capsid, and ultimately its size and shape', explains the project leader Jonathan Heddle, quoted in the press release.

The researchers were able to increase the size of the capsid, which may lead to the use of these particles as drug carriers.

The project was carried out at Bionanoscience and Biochemistry Lab of the Malopolska Centre of Biotechnology, Jagiellonian University, in collaboration with Professor Reidun Twarock’s group at the Department of Mathematics, University of York.

Watch a video showing the results of the study HERE.