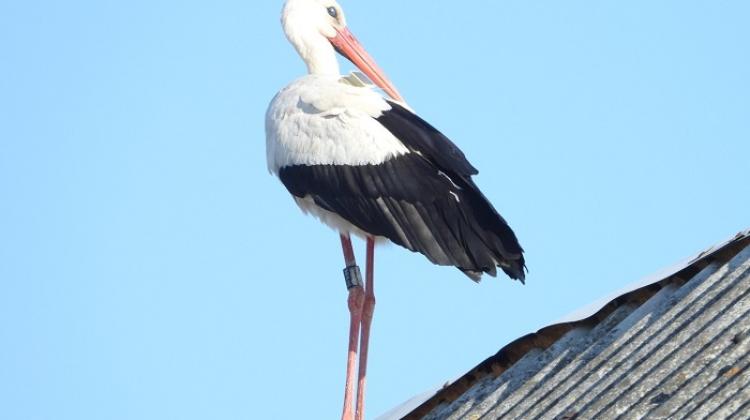 Returning white storks are still in Africa, shows the analysis of the journeys of birds equipped with special GPS/GSM transmitters. Will the war in Ukraine and the long-term conflict in the Middle East affect their time of return and travel speed?

'Armed conflicts are not favourable for migrating birds. The police and the army have more serious problems than catching poachers, and shooting birds is a part of learning to hit the target. However sad this may sound, and however much time we devote to education, this is they way things are', says Professor Piotr Tryjanowski from the Poznań University of Life Sciences, quoted in the university's press release sent to PAP.

At least a third of the Polish stork population migrates through Ukraine. These are birds nesting in eastern Poland. Those from the middle and the western parts of the country fly to Poland through Slovakia and near the Tatras', researchers explain.

'All our birds fly through Syria, two-thirds through Lebanon, where, unfortunately, things are not calm and our bird with a transmitter was shot down; the transmitter could not be recovered', adds Joachim Siekiera from the Silesiana Group, whose members have been fitting storks with transmitters for many years. researchers from the Poznań University of Life Sciences and the University of Szczecin assist them in the analysis of the obtained data.

Three years old and older birds fly to Europe, the younger ones reach adulthood in Africa. In the first week of March, they were flying only approximately 100-150 km per day. According to Joachim Siekiera, at the top of the migration season, the daily distance will be up to four times longer.

Dr. Łukasz Jankowiak from the University of Szczecin explains that modern technology allows to track bird movements remotely and prepare for additional observations on site. Researchers expand the knowledge about each bird with a life story.

'It is an amazing how our knowledge of various aspects of bird journeys expanded over the last few years hiking. We can now link breeding biology of birds and wintering in Africa with autumn and winter migration. These are optimistic news. Paradoxically, this technology we now use (GPS in smartphones and stork transmitters) was created primarily for the military', the researcher reminds.

He adds that in spring birds are in a hurry and they usually fly on the principle 'the first bird wins', but for now they have chosen slow movement in Africa.