Life
This text can be copied
Szymon Zdziebłowski 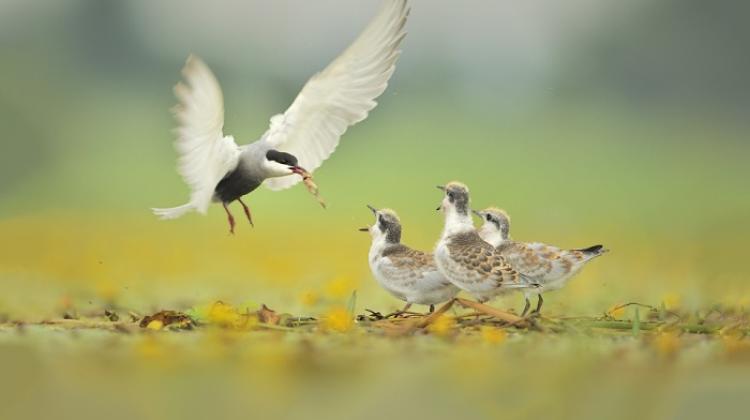 Whiskered tern females are faithful to their partners and do not mate with other males, new research has shown.

Scientists from Kraków and the USA were researching whether the birds betrayed their partners or lay their eggs in the nests of other birds.

Co-author Dr. Mateusz Ledwoń from the Institute of Systematics and Evolution of Animals of the Polish Academy of Sciences in Kraków said: “Whiskered tern females are faithful to their partners and do not allow other males to copulate with them.

“They also rarely lay eggs in the nests of other females, just like the females of other species of seagulls and terns.”

He added that chicks from extra-pair copulation was small and did not exceed four percent. Chicks from intraspecific brood parasitism (laying eggs in the nest of another individual of the same species) was also small, with only six percent of chicks not being related to either parent.

But although the birds may be faithful, the scientists found that whiskered fern females tended to leave the care of their chicks to the males.

Dr. Ledwoń said: “We thought that in this species, the participation of chicks from extra-pair copulation would be small, in accordance with the hypothesis that in species with high involvements of males in parental care, females rarely copulate outside the pair. That is because males may be less involved in feeding the young if they discover the female's betrayal. In such a situation, there would be a high chance that they looked after another male's offspring.”

This is in contrast to the vast majority of birds in the breeding season, data for which shows that in almost 80 percent of bird species, in which the male and female both look after the chicks, on average every tenth chick comes from extra-pair copulation. In some species, half of the chicks are not related to the father.

Ledwoń said: “In the case of a male, the benefits of copulating with another male's partner are quite obvious - he increases the chances of having offspring he will not have to look after.

“But when copulating with another male, females risk infection with sexually transmitted diseases, loss of the care of their partner who discovered their betrayal.

“Unfaithfulness is more common in birds with a shorter life span, which form pairs for only one season, for example sparrows, while long-living birds, like birds of prey, anseriformes, seagulls, often form pairs for many years and are less often unfaithful.”

The co -author of the study is Patricia Szczys from Eastern Connecticut State University, USA. The publication appeared in the latest issue of the Journal of Ornithology.