Innovation
This text can be copied 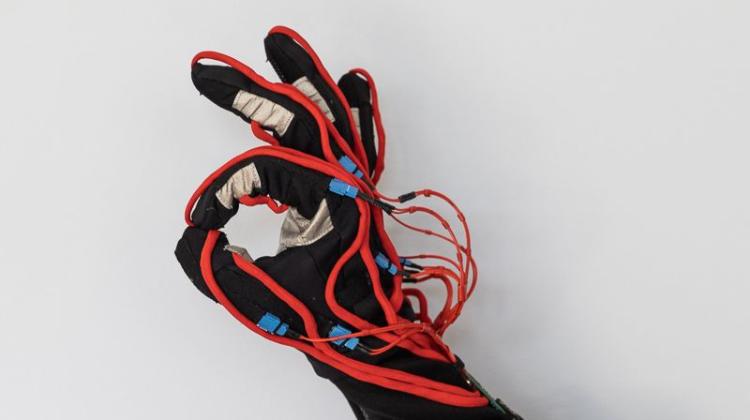 Developed by second grade students at Białystok University of Technology’s Academic High School, the glove named STJM, which is worn by a person who uses sign language, is equipped with a number of sensors that collect information about the arrangement of individual fingers and the whole hand.

The collected data are interpreted and converted into a sign alphabet. Once the glove recognizes the letters shown by the user, it sends them to the phone of a person who does not know sign language, where they are displayed by a special app, also written by the students.

Co-inventor Konrad Olifier said: “I came up with the idea of building the STJM after my mother, who is a policewoman, told me about an intervention involving a mute person.

“Although she once had basic sign language training, understanding each other was very difficult.”

Together with his classmates Ewa Karp, Paweł Buczyński, Jakub Kokoszkiewicz and Michał Łukaszuk and Konrad Olifier, he decided to create something that would prove to be helpful in such situations.

Work on the project began in September 2021 during robotics class taught by Grzegorz Nowik, the supervisor of a team of young inventors.

The solution enables effective communication between people who use sign language and those who do not know it. According to the authors, it can be used both when learning sign language and, for example, during rescue operations.

“Their plans include building another glove so that the user can show full words using two hands. The team members are second-grade students, so we have a lot of time for that, but knowing them, the project will probably be finished after the holidays.”

The high school students' invention has already been appreciated by many experts. In May, they won first place in the national competition Young Innovator 2022. Their solution will also be presented during the International Warsaw Invention Show IWIS 2022 in October.

The students also won the El-Robo-Mech competition and advanced to the finals of the Technical Innovation and Invention Olympias and the Explory Competition.