Polish-Pakistani research on molecules for medicine 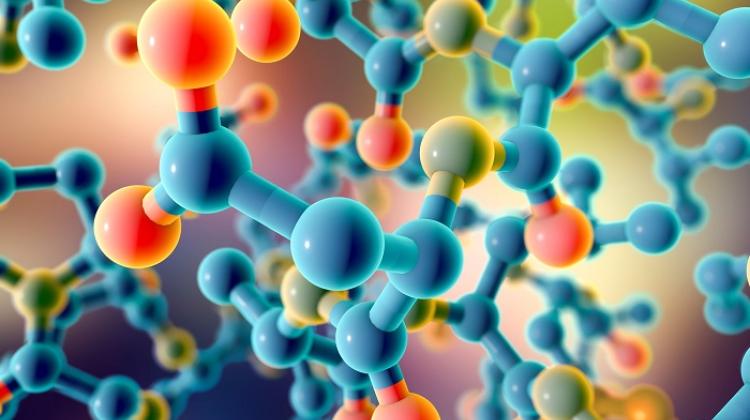 Scientists from Pakistan and Polish researchers from the Nuclear Methods in Solid State Physics Division of the National Centre for Nuclear Research (NCBJ) have investigated the biological potential of molecules.

Thiazolidines and their derivatives as well as the derivatives of thiourea can slow down the action of certain enzymes and find applications in medicine, they report.

Crystallographic tests make it possible to precisely determine the properties of compounds that can become the basis for the development of specialized drugs. Molecules attractive from the point of view of medicine can be found by combining crystallographic tests with software that allows to model the action of synthesized particles.

According to Piotr Spinalski from the National Centre for Nuclear Research (NCBJ), new, specialized drugs are often developed based on testing the biological activity of chemicals synthesized by organic chemistry methods. It is possible to compare how compounds that differ in a single atom interact with biological agents.

Researchers at NCBJ studied thiazolidines and their derivatives as well as the derivatives of thiourea. Their pharmaceutical properties include antifungal and anti-inflammatory action, they can also be significant substances for treating tumours and cancers.

According to the centre's press release, both groups of compounds may slow down the action of certain enzymes - they are their inhibitors. The Polish and Pakistanian scientists tested the inhibition capabilities of molecules relative to AChE (acetylcholinesterase) and BChE (butyrylcholinesterase) enzymes, in part due to their important role in the treatment of glaucoma and Alzheimer's disease.

The compounds were produced by scientists from the University of Gujrat and the COMSATS University Islamabad in Pakistan. At NCBJ, they were subjected to crystallographic tests using X-ray diffractometry. This enabled them to precisely determine their properties and thus model their behaviour towards enzymes.

Dr. Jan K. Maurin, who conducted research at the Nuclear Methods in Solid State Physics Division, said: “We used the analytical method called X-ray crystallography, which allows us to accurately determine the structure of the chemical compound, in this case the spatial system of atoms in the chemical molecule, and determine the arrangement of chemical molecules in the analysed crystal. For this purpose, the crystal was irradiated with X-rays and the diffuse radiation intensity on the examined crystal was registered.”

The results of crystallographic analyses have been confirmed by the DFT (density function theory) based quantum chemistry calculations using specialized software.

During the research, the scientists modelled the attachment of synthesized compounds to the enzyme particles. The produced derivatives of both thiazolidine and thiourea showed a promising action in this respect.

Dr. Maurin said: “The analysed derivatives had good inhibition properties in relation to the enzymes taken into account. In each case of modelling, at least one of the studied compounds interacted in the desired manner with the of esterase enzyme amino acids.”

He added that the compounds produced in both projects have high biological potential for use in medicine.

The research was presented in papers published in the Journal of Molecular Structure - HERE, HERE and HERE.