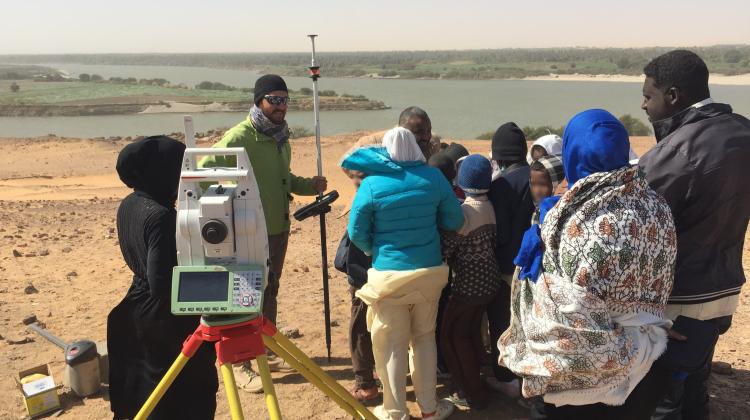 The archaeological research project in Old Dongolia in Sudan is the only Polish project in the finals of the European Research Council's Public Engagement with Research Award. The project is implemented by the Polish Centre of Mediterranean Archaeology of the University of Warsaw.

The heads of the ERC Starting Grant UMMA is Dr. Artur Obłuski. He is one of three finalists for the ERC's Public Engagement with Research Award in the Inspire - public outreach category. The other two categories are Involve - citizen science and Influence - media and policy. Polish researchers did not get to the finals in any of the other two categories.

The award is granted to ERC grant winners who have demonstrated excellence in engaging with communities beyond the world of science during their projects.

The prize also includes a public vote award, which will be decided by social media voting. It will continue until the day of the ceremony. The winner will be announced on July 14 at the award ceremony, when the three main prize winners will also be announced.

He said: “Old Dongola, where the remains of magnificent churches, monasteries with the largest collection of medieval paintings in the world, or the oldest surviving mosque in Sudan and monumental tombs of sheikhs (Islamic spiritual leaders) have been preserved, is a vital feature of world cultural heritage.

“This potential should not only benefit the archaeologists excavating there, but also local communities and Sudanese society more generally.”

He added that his team, together with local communities as well as local and regional governments and central authorities, has initiated efforts to take a strategic approach to the heritage preserved at the site.

“This is so that our hosts, in addition to the splendour, will also have more tangible benefits, e.g. economic gains as part of sustainable development, the benefits which will go to local communities and not to large corporations. Remember that Sudan is the 8th poorest country in the world,” he said:

The new strategy in the PCMA UW research includes collaboration with local communities for the purposes of archaeology, heritage and sustainable development.

This approach aims to promote a closer relationship between researchers and the people living in the regions where the research is carried out.

The implementation of this strategy in Old Dongola is coordinated by Dr. Tomomi Fushiya, who specialises in collaborative archaeology and has been working on similar projects in Sudan for years.

Obłuski and Fushiya say that work on an archaeological project should be conducted in a bilateral way, taking into account the local point of view and traditional knowledge of cultural heritage. Such a participatory approach, involving contemporary societies, enables a truly two-way collaboration and can contribute to the decolonisation of the methods used in archaeology in Sudan.

You can vote for the project at: https://pollunit.com/polls/lhrptmbiaac9v6i3tobjq?embed=1

For more information about the competition and additional information about its other finalists, visit the ERC website: https://erc.europa.eu/news/erc-public-engagement-research-voting-starts-peoples-favourite-project