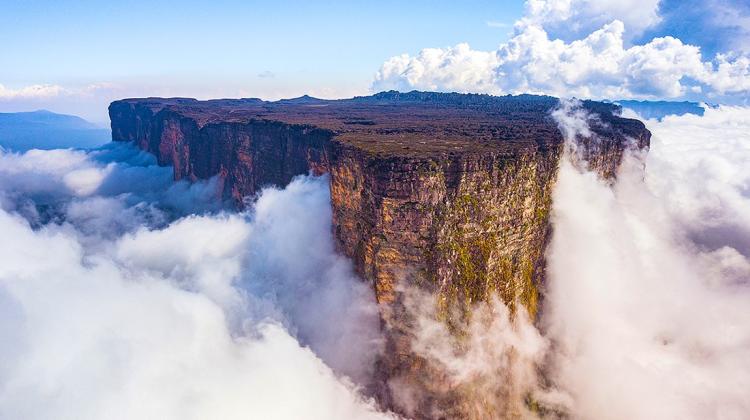 Wildlife in a ‘Lost World’ which inspired the Jurassic Park and King Kong movies is under threat from a human-borne fungal pathogen.

Belgium scientist Phillipe Kok from the University of Lodz said that the increasing presence of humans in Pantepui on the border of Brazil, Venezuela and Guyana was responsible for the continuous decline of amphibian populations.

Pantepui is one of the few mountainous regions in the world where amphibian clusters was thought to have avoided infection by Batrachochytrium dendrobatidis (Bd), a fungal pathogen responsible for a dramatic decline of amphibian populations on Earth.

Professor Kok “Because of their isolation, most tepui summits are very rarely visited by humans (some have been less visited than the Moon!).

“However, in recent years tourist incursions have increased in some more accessible areas.”

After analysing skin swabs from 576 individuals of 35 amphibian species living in the region, Kok detected Batrachochytrium dendrobatidis in several swabs.

He said: “What came as a surprise is that virtually all the positive swabs were from specimens found on and next to the trails and camp sites, whereas the pathogen was not found in any sample from places devoid of tourist incursions.”

To their best of our knowledge, this is the first time that prevalence of Bd has been unambiguously correlated with recreation intensity.

Kok continued: “Our findings are concerning as they imply that even limited human infrastructure that only allows foot-traffic represents a significant risk factor for disease introduction in isolated ecosystems.”

Professor Philippe Kok is an environmental and evolutionary biologist. In 2021, he joined the group of scientists working at the Faculty of Biology and Environmental Protection at the University of Lodz.

In the SONATA call, the National Science Centre has awarded him over PLN 1.7 million for the implementation of the project 'Exobiology on Earth'. The Belgian scientist has already described more than 50 new taxa of amphibians and reptiles from South America.

A paper on the subject, prepared in collaboration with scientists from Ghent University in Belgium, was published in Conservation Letters.

The source article is available at: https://conbio.onlinelibrary.wiley.com/doi/pdf/10.1111/conl.12902