Polish scientists are working on non-invasive method of deposit detection 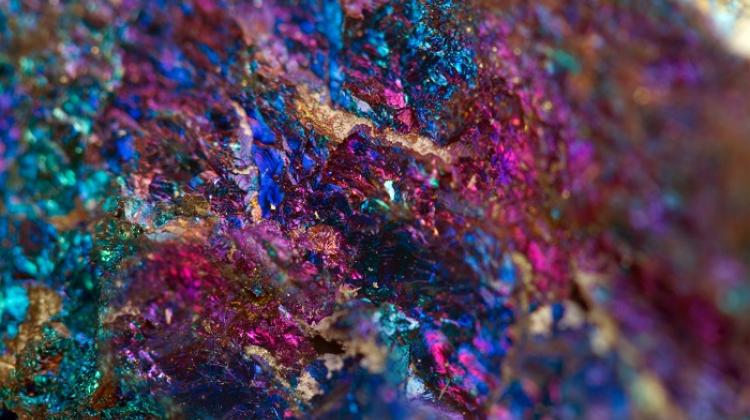 Polish scientists are working on creating a three-dimensional image of the upper layer of the Earth's crust, which will indicate the concentration of deposits.

Neutrino Geology is the working name of the project of scientists from AGH-UST, the National Centre for Nuclear Research and the Adam Mickiewicz University in Poznań. Mobile detectors will be used for the non-invasive method of deposit detection. The basis of this method will be the analysis of the geo-neutrino flux emitted during radioactive decay occurring in the radioactive isotopes in the Earth's crust.

Dr. Waldemar Maj, physicist and CEO of Neutrino Geology SA. said: “Our method will complement the data collected using other methods of surveying the Earth's surface. It will just be additional information. It would be ideal if seismic tests were carried out first, and then we would add information on the highest concentration of radioactive elements that indicate the concentration of the deposit.”

He added that the geo-neutrino method will be a valuable source of information without supporting  data, for example from seismic surveys.

Maj continued: “This does not mean that our method will not work without data generated by another method, such as seismic tests. It will work, it will only be less accurate.

“In the end, drilling will be necessary. However, our method will show more precisely where such a borehole should be made. This will mean significant money and time savings.

“We first focused on testing the sensitivity of electronics. We tested the 5 kg, 50 kg and 500 kg prototypes for detector sensitivity and noise reduction. We already know that the detector tested in Świerk reduces noise to a level sufficient to measure neutrinos.

’We have prepared a mixture to fill the detector in the AMU biological labs. It will be our medium that will interact with neutrinos.

“We have completed a series of tests in Świerk; we tested the detector's response to the neutron flux (neutrons are particles much larger than neutrinos, and therefore easier to measure). Next year, we are going to test the detector in the field.”

Maj said: “First, we will test the detector in an area that has been geologically very well surveyed, for example a former mine. We will see if the image created by the detector is at least of the same quality as the one we already have thanks to the use of the seismic method.

“The experiment that will allow us to compare the accuracy of the seismic method with the geo-neutrino method, is still ahead of us. The earliest we will be able to answer the question of accuracy is after conducting field tests.”

At the moment only theoretical arguments support the accuracy of the geo-neutrino method, with Maj saying that “practical testing of this theory is still ahead of us.”

But he added: “Today I cannot answer the question of whether we will be able to determine the quality of the deposit without drilling first.”

The standard method of searching for various types of deposits is the seismic method, which uses the physical field of mechanical waves.

Dr. Mateusz Zaręba from the Faculty of Geology, Geophysics and Environmental Protection of AGH UST, who is not affiliated with the Neutrino Geology project, said: “The seismic method of surveying the area for the presence of various deposits will probably never be eliminated.

“The authors of this project propose to use another physical method - geo-neutrino flux analysis - and want to generate a 3D image of the Earth's crust layer. If it is a complementary method to the seismic method, that's good, because it will add new information. Perhaps it will help make a better decision where to drill, which is costly.”

He added: “Although non-invasive surface methods allow us to study a relatively large area, drilling and analysis of the rock medium in a much higher resolution is often necessary during survey work.”

“The industry is satisfied with the results of the seismic method. If, on the other hand, the new method provides new, useful information - that is, it will not only tell us about the structure of the rock and, consequently, about the potential location of the deposit (because we will also find that out using the seismic method), but also about the quality of the deposit, its properties - it will be a good solution.”

He added: “The innovative part is that so far measurements based on the analysis of natural radioactivity have been performed mainly in the borehole as part of well geophysics surveys. I do not know of studies showing the direct application of such methods from the Earth's surface for the purpose of searching for hydrocarbons. Geo-neutrino measurements are hardly ever used in the exploration industry - no one has done it, or has boasted doing it.

“Whether Neutrino Geology is a game changer - I can't answer that now. We have to wait for the comparative results, showing whether the resolution is better than that obtained with the seismic method, and whether the new method provides additional information on the rock structure and composition at depths potentially viable for industrial exploitation.”

The Neutrino Geology project received a grant from the National Centre for Research and Development in the years 2019-2022 in the amount of PLN 9.8 million, with the total value of the project amounting to PLN 16.2 million. Private investors have supported the research with the amount of PLN 2 million. (PAP)