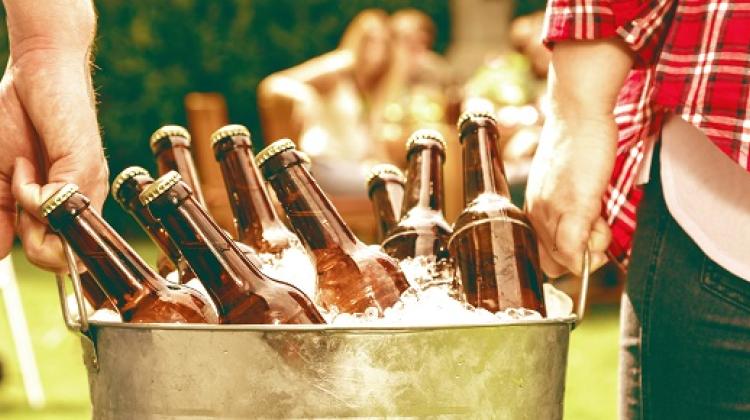 People are more likely to be targeted by ticks after drinking alcohol, new research suggests.

Scientists from the Department of Zoology at the Poznań University of Life Sciences and the University of Veterinary Medicine and Pharmacy in Košice say that although the study is still in its early stages, ticks may be attracted to drinkers in the same way as mosquitoes.

Ticks - like mosquitoes - search for their hosts based on stimuli indicating their presence in the environment, such as exhaled carbon dioxide, emitted heat and body odour.

These signals are enhanced under the influence of alcohol, which intensifies sweating, dilates the skin blood vessels, increases the release of heat and carbon dioxide from the body.

It has already been shown that people attract mosquitoes a short time after drinking a beer more than those who have not drank.

Martyna Frątczak, a doctoral candidate involved in the project, said: “We are still planning advanced research on this topic, but our recently published assumptions are based on previously conducted experiments with mosquitoes.

“It is usually assumed that all people in the population are exposed to parasites to the same extent. However, observations and studies show that this is not always true.

“For example, one of the studies conducted in Africa shows that only 20 percent of the human population is responsible for 80 percent of reported cases of malaria, a disease transmitted by mosquitoes of the genus Anopheles’.”

Tick specialist Professor Branislav Petko from the University of Veterinary Medicine and Pharmacy in Košice added: “In the case of ticks, there has been no research to clarify the individual attractiveness of people. It has only been found that some species may prefer the smell of women's breath to men's breath.”

Co-author Professor Piotr Tryjanowski said: “In recent years, tick species that are a threat to people and pets, such as the castor bean tick (Ixodes ricinus), have significantly expanded their range of occurrence, are increasingly numerous and more active during the year.

“This is the result of factors such as climate change, changes in urban and forest land management, as well as the activity of people and their pets.”

Ticks, which are carriers of such pathogens as bacteria of the genus Borrelia or tick -borne encephalitis virus, are also ubiquitous in urban green areas, where the exposure of people to them is very high.

Spending time in nature exposes people to contact with the parasites even more, especially considering the popularity of green areas as places of social meetings and alcohol consumption.

Co-author Professor Joanna Śliwowska, head of the Neurobiology Laboratory of the Poznań University of Life Sciences and the University said: “In the literature on the threats caused by alcohol, various styles of its consumption are distinguished.

“One of them is called binge drinking, which means drinking large amounts of alcohol in a short time to get drunk. In practice, weekend and occasional drinking is an example of such alcohol consumption.

“This style of alcohol consumption is common, for example, among students who meet on weekends after a week of study. It often causes extremely irresponsible behaviour and can be particularly dangerous when the meetings take place outside.”

Publishing in the journal Frontiers in Cellular and Infection Microbiology, the scientist said: “Surveys conducted among students in Czechia show that some of them intentionally consume alcohol to protect themselves against mosquitoes and ticks. The theory behind this idea is that blood alcohol can be harmful to parasites.

“We definitely reject this approach because being under the influence of alcohol does not protect from ticks.”

Professor Joanna Śliwowska added: “The amount of alcohol in blood consumed by the tick will be not sufficient to kill the insect. If the concentration of alcohol in human blood would be high enough to kill the tick, it would probably also contribute to the death of the host itself.”