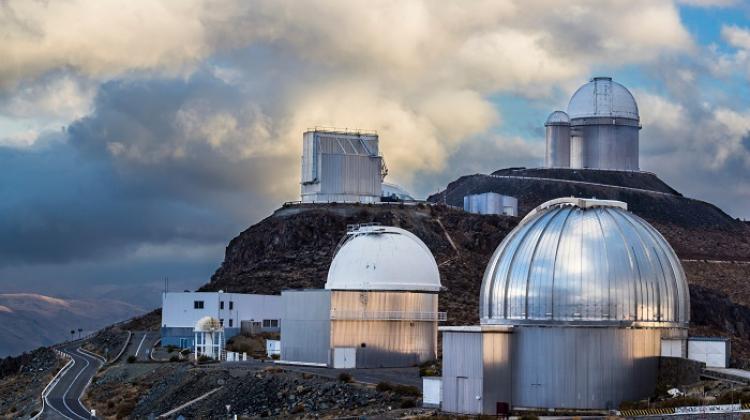 So far, Polish astronomers have been allocated over 1,400 hours of observation time on ESO telescopes, Polish companies won contracts worth 16.8 million euros, and our country participates in the construction of the world's largest telescope.

This year, the European Southern Observatory (ESO) celebrates its 60th anniversary. The organization brings together 16 countries and operates large astronomical observatories in the Atacama desert in Chile. On the occasion of its 60th anniversary, ESO organizes the ESO Day conferences in its member states to summarizing the involvement of a given country in ESO activities. During the conference on November 24 in Warsaw, Polish participation in ESO and plans for the coming years were presented. Poland has been a member of ESO since 2015.

The conference was organized by the Polish Ministry of Education and Science and the Nicolaus Copernicus Astronomical Centrer PAS. ESO was represented by Professor Xavier Barcons, Director General, as well as Dr. Suzanne Ramsay, Instrumentation Project Manager for the ESO's 40-m class Extremely Large Telescope (ELT). Also present were Polish representatives in the ESO Council (Professor Marek J. Sarna and Dr. Dariusz Drewniak), as well as Mateusz Gaczyński from the Ministry of Education and Science, Bogusław Wontor - MP and deputy chairman of the Education, Science and Youth Committee and chairman of the Parliamentary Group for Space, as well as several dozen scientists involved in scientific research conducted with ESO telescopes.

Presented examples included Polish studies conducted with ESO equipment, for example the Alma radio network or VLBI observations. Future projects were also discussed, such as the construction of several telescopes in the ESO's Araucaria project in Chile in Cerro Armazones, or the involvement in the construction of CUBES spectrograph for the VLT. Young scientists presented their practical experiences from ESO internships.

In 2022, the Polish financial contribution to ESO amounted to EUR 6,373 million. These payments constitute 3.19 percent of the ESO budget.

Statistics regarding contracts awarded to Polish companies by ESO were also announced. Since Poland's accession to ESO in 2015, 28 companies and institutes have carried out contracts for this organization, for a total amount of over 16.8 million euros. (PAP)