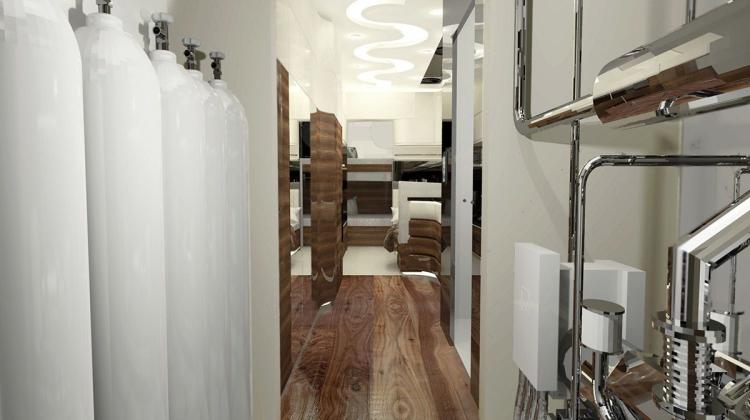 Photo from the Military University of Technology press release

A single-family nuclear bomb shelter designed by Warsaw’s Military University of Technology is to be launched on to the market.

Resistant to chemical, biological and radiological hazards, including radioactive fallout, shock wave, debris, shrapnel and external fires and ballistic assault, Polish company Mahton Schrony has now acquired a licence from the university to launch the product.

He added that construction time of the dual-purpose modular shelter developed with the participation of scientists from the Faculty of Civil Engineering and Geodesy of the Military University of Technology is short because the individual modules are prefabricated and then transported and assembled on site.

The shelter's features include a functional layout, a structure with shielding components and special installations, such as explosion-proof valves. It consists of a living room, bedroom, kitchen, bathroom, technical room and airlock. It has a main entrance and an emergency exit.

Shelters for families, as well as those for individual needs of various companies, can be built on a plot, next to or underneath any building. In times of peace, the shelter can be used as a storage or meeting room. After installing the appropriate devices, it can function as a normobaric chamber.

The license agreement was signed on December 13, 2022 by the rector-commandant of the Military University of Technology Przemysław Wachulak, Michał Lorek, the owner of the Bydgoszcz construction company Fundament that built the prototype, and a representative of Mahton.