Exotic shrimp found a home in the Oder 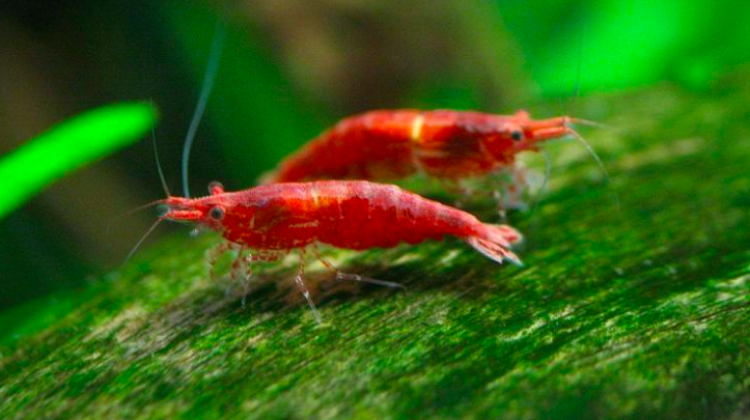 Freshwater shrimp Neocaridina davidi from south-east Asia, has found a home in... the Oder. Shrimps belonging to this species were probably released into the river more than a dozen years ago by an aquarium owner.

Experts warn that the colonization of Polish rivers and lakes by exotic species is harmful and dangerous to entire ecosystems. After acclimatization in the new environment, foreign species may start an invasion in Polish natural waters, emphasises Dr. Aleksandra Jabłońska from the Department of Invertebrate Zoology and Hydrobiology, University of Lodz.

Freshwater shrimp Neocaridina davidi from the Atyidae family comes from south-east Asia. It is also a species often kept in amateur aquariums.

Many different colour varieties have been grown, and the red variety "Red Cherry" belongs to the best known and most often chosen by aquarists.

Recently, the presence of this shrimp in the lower Oder has been confirmed, specifically in the canal to which heated water is discharged from the Gryfino power plant, 25 km from Szczecin.

According to Dr. Jabłońska, the population of this shrimp has existed at this site at least since 2003. Shrimps belonging to this species were probably released into the Oder by an aquarium owner. They found favourable conditions for living and reproducing in the warm canal.

"Mitochondrial DNA study confirms this scenario. It shows that the shrimps found in the lower Oder over several years and the shrimps sampled from an aquarium in central Poland did not differ in genetic terms" - the biologist explains.

According to the expert, releasing animals from aquariums to natural waters in Poland is unfortunately quite common, and aquarium shrimps in the Oder are not an isolated case. As she points out, amateur aquarists often think that such behaviour is "humane" in relation to unwanted animals, but it is dangerous for entire ecosystems.

Released animals most often do not survive winter. Coming from areas with a warmer climate and released into natural waters of the temperate zone, they have no chance. However, it is different if exotic animals get into waters with changed conditions, for example by thermal wastewater, heated water from industrial plants.

"Environmental conditions in the temperate zone are also changing as a result of global warming. In addition, water systems are often connected by canals. This means that after acclimatization in the new environment, foreign species may start an invasion in other waters" - says Dr. Jabłońska.

This means that in some rivers or lakes you can sometimes find exotic fish such as catfish and even piranhas.

Dr Aleksandra Jabłońska stresses that exotic species inhabiting temperate climate waters could be harmful and dangerous to entire ecosystems, also due to increasing the pressure of predators on natural fauna, and even introducing new pathogens and diseases into the environment.

"It is important to inform and educate the public about the dangers of introducing alien species into natural waters" - concludes the expert from the University of Lodz.