Poland`s most accurate clocks are near Poznań 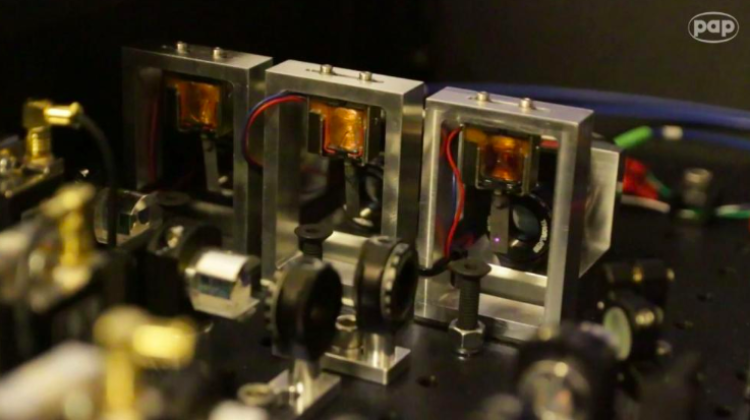 Borówiec near Poznań has the most precise atomic clocks in Poland; they are used to set the time standard for the world. Very accurate time is also necessary in scientific research - in physics and astronomy.

Time and Frequency Laboratory in Borówiec, the home of extremely precise clocks, is a facility of the Space Research Centre of the Polish Academy of Sciences.

The clocks from Borówiec are very stable - this means that they will not lose or add even one second for several hundred million years.

He adds that this location is also very useful in determining the time. "We have virtually no electromagnetic interference or mechanical vibrations that disrupt the work of precision clocks - these working conditions are ideal for advanced equipment" - he says.

There is no single time standard, Nawrocki adds. When it comes to other measurement units, there is a standard for a kilogram, and there used to be one for a meter. "The unit of time is now the atomic second. This second is determined as a weighted average of indications of about three hundred clocks similar to those that work in Borówiec. Their indications are compared with each other" - says the scientist.

The researchers then take the average, which is published by the International Bureau of Weights and Measures, taking into account the corrections related to the Earth`s rotation, as the official Universal Time Coordinated.

Nawrocki reminds that for thousands of years, until the mid-20th century, the basic unit of time was a day - the period of time during which the Earth completes one rotation with respect to the Sun, determined by the apparent movement of the Sun around the Earth. That changed in the 20th century after it turned out that quartz clocks, and later atomic clocks, were much more accurate, much more stable than the time unit associated with the Earth`s rotation. Therefore, in 1967, the General Conference on Weights and Measures decided to create a new unit of time, the atomic second.

Scientists - radio astronomers, quantum physicists, laser physicists and optical scientists - are the primary users of precise time. According to Nawrocki, accurate time measurement is also necessary in everyday life - it is needed for satellite navigation to work efficiently (time determined with one billionth of a second accuracy), and for mobile telephony (one millionth of a second accuracy).