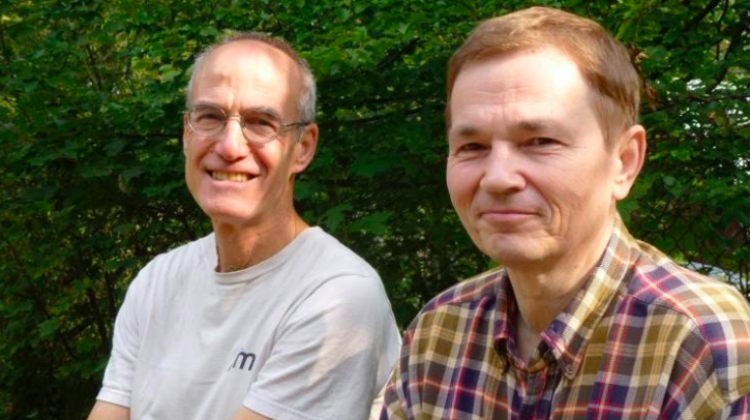 Professors Jacek Oleksyn from Poland and Peter B. Reich from the U.S. are the winners of the third edition of the Poland - U.S. Science Award Award. They were awarded for their research on the relationships between plants and global climate change.

The aim of the award - granted jointly by the Foundation for Polish Science (FNP) and the American Association for the Advancement of Science (AAAS) - is to strengthen and emphasize the benefits of cooperation between scientists in Poland and the United States and present the results of complementary activities of both researchers. The award is presented to a pair of scientists - one working in Poland, the other in the U.S. - for outstanding scientific achievements resulting from their cooperation. Each winner receives $5,000.

According to the Foundation for Polish Science press release, professors Reich and Oleksyn have been awarded for their research on characterizing differentiation among wide-ranging populations of tree species in the response to climate and climate change. The two researchers, who have worked together for more than 25 years, have made a number of advancements in their field, including the discovery of general rules for different plant physiological processes and trade-offs. This provides a theoretical and empirical basis for understanding plant responses to major global climate change drivers.

"We hope that the success of our winners will be an inspiration for other scientists to conduct joint research" - says President of the Foundation for Polish Science Prof. Maciej Żylicz, quoted in the release.

Prof. Jacek Oleksyn is a biologist specializing in tree biology and forestry, and director of the Institute of Dendrology PAS in Kórnik, Poland. His research covers the issues of ecology, ecophysiology of terrestrial plants and ecosystems, local and global environmental changes, and recently also transcontinental and global variability of key chemical, structural and physiological characteristics of plants.

Prof. Peter Reich from the University of Minnesota is an expert in the field of forest and grassland ecology. He studies the impact of climate change on the natural environment and people.

The two laureates have jointly published 87 articles, including seven in prestigious journals "Science", "Nature", "Proceedings of the National Academy of Sciences" and over thirty in the leading plant biology and ecology journals. Their research on the impact of global climate change on trees in Poland, the United States and other countries, the description of global changes in the chemical composition and physiological characteristics of plants, as well as understanding the impact of various tree species on soils have gained particular recognition in the international scientific community.

Professors Oleksyn`s and Reich`s long-term cooperation helped strengthen cooperation between the Polish and American scientific community by organizing joint research, in which dozens of Polish and American researchers participated. It resulted in various research projects, which are currently being carried out not only in Poland and the U.S., but also in countries such as Australia and Germany.

The Poland - U.S. Science Award was established in 2013. It is presented every two years on the basis of a competition procedure. The jury composed of eminent scientists from Poland and the United States selects a pair of winners based on opinions of external experts. In previous competitions, the prize was awarded to: Prof. Mariusz Jaskólski from Adam Mickiewicz University in Poznań and Dr. Alexander Wlodawer from the National Cancer Institute in the U.S. (2014 edition) and Prof. Ryszard Kierzek from the Institute of Bioorganic Chemistry PAS in Poznań and Prof. Douglas H. Turner from the Chemistry Department of the University of Rochester in the U.S. (2016 edition).

The award ceremony will take place on November 15th, 2018 at the AAAS headquarters in Washington. (PAP)