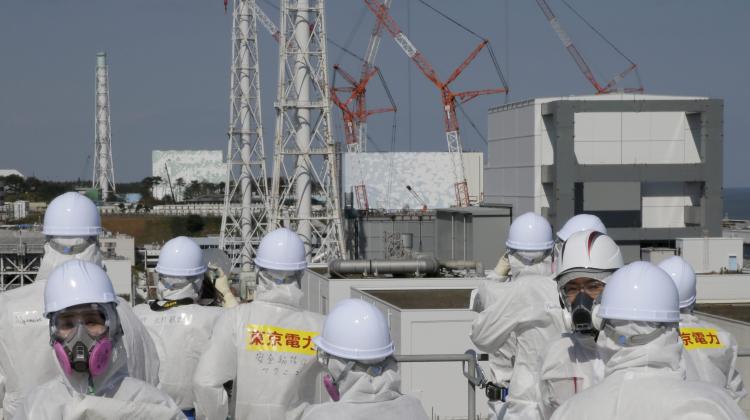 When it comes to radiation, the present residents of Fukushima are completely safe. They receive almost identical doses of radiation, as citizens of Poland, France and Belarus, showed a study in which high school students from Japan and Europe participated.

Prof. Ludwik Dobrzyński from the National Centre for Nuclear Research in Świerk told PAP about the results of the experiment. Participants in the study published in the Journal of Radiation were students from 12 schools in Japan (including 6 in Fukushima), 4 schools in France, two schools in Belarus and 8 schools in Poland. In total, the project involved more than 200 high school students. For 2 weeks, each of the study participants had to carry a radiometer - a small device that collects data about the level of ionizing radiation.

Young researchers were also told to record information about places in which they stayed, for example, how much time they spent outdoors, when they were in the buildings of concrete, and when in rooms lined with wood. During the experiment, neither the students nor their teachers could see the results registered by radiometers. The data were encrypted, so no one would be tempted to influence the results.

"It turned out that the radiation doses received by the people of Fukushima and other parts of Japan, France, Belarus and Polish are very similar" - summed up Prof. Dobrzyński. Residents of Fukushima have no reason to fear for their health. The level of radiation with which they come in contact, is quite normal.

"Through this project, young learned how to measure by the level of radiation. And that alone would be interesting. But that\'s not all" - noted the researcher. He added that in addition to the scientific dimension, the project also had an important social dimension.

Failure of a nuclear power plant in Fukushima occurred as a result of an earthquake and tsunami in March 2011. The people of Fukushima and the surrounding area were evacuated - 160 thousand residents were resettled. Now residents gradually return to the area around Fukushima. Nobody died because of the radiation from the damaged power plant in Fukushima. "The stress associated with resettlement caused 1600 deaths" - said Dobrzyński, doubting whether the resettlements were justified at all.

In addition, after the failure irrational prejudice occurred in the society. "People who were close to the source of radiation, were often treated as if they were contaminated. Their subsequent function in society was difficult at times. For example, children from the vicinity of Fukushima sometimes feel excluded and stigmatised among their peers. In addition, there were doubts in the society as to whether individuals who were irradiated should get married and have children" - said Dobrzyński. He emphasized that these objections do not make sense from the point of view of science and should be quickly explained.

Therefore, one of the schools in Fukushima has launched an international project carried out among students. As part of the project, young people could gain thorough knowledge about radiation and exchange experiences with students from other places in the world.

EVERYTHING CAN BE HARMFUL. IT’S A MATTER OF DOSE

According to Prof. Dobrzyński, radiation is harmful if it is in a short time a person comes in contact with doses hundreds of times stronger than in normal situations. Research shows that acute radiation sickness, which ends in death, occurs if a person receives a single radiation dose greater than 2000 millisieverts (2 sieverts). In turn, effects remote in time - cancer, organ dysfunction, reduced life span - can occur after a single dose of between 200 and 2000 millisieverts. "There is no strong evidence that radiation doses below 200 millisieverts lead to the development of cancer" - said the researcher. He admitted that it is difficult to investigate if only because ordinary person normally does not have a chance to receive so much radiation.

He noted that radiation leads to DNA damage. However, the body can easily repair the majority of such damages. According to the scientist, damage to the body caused annually by radiation equal to 1 milisievert is 10 million times smaller than the DNA damage caused during the same time by the natural processes of oxidation in our body.