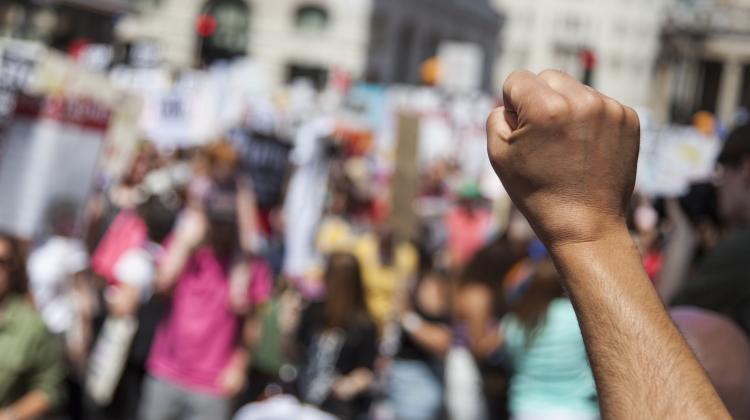 Can we predict whether behaviours created by the wave of social mobilization will radicalise or not? Dr. Joanna Rak, the laureate of this year`s Barbara Skarga Scholarship awarded as part of the START programme of the Foundation for Polish Science, is working on key problems for crisis management.

The researcher from the Faculty of Political Science and Journalism of the Adam Mickiewicz University in Poznań analyses the culture of political violence in protest movements that have emerged in Europe affected by the effects of the economic crisis after governments introduced austerity programs.

"I am researching why, despite common goals and political values, they use different tools of political dissent and implement different strategies of using political violence" - explains Dr. Joanna Rak.

She is interested in theoretical and methodological aspects of research focused on explaining and predicting violent behaviour. The political scientist has created criteria for testing the correctness of definitions, classifications and explanatory diagrams. She explains that these criteria allow to find errors in theoretical models. Dr. Rak has also developed a set of tools for comparing the properties and sources of political violence cultures. These tools allow to explain the changes that take place at the level of contemporary political structures.

"I specialize in verifying, modifying and constructing tools for studying the activities of social movements. Their application in empirical research contributes to the development of the theory of protest movements" - says Dr. Rak.

Her work also has a practical dimension. Its results allow to predict, which violent behaviours of protest movements may occur in a given country depending on the occurrence of specific configurations of micro- and macro-factors. According to the researcher, they are useful for creating national crisis management plans, developing risk maps for protest threats and optimising the decision-making process in crisis management.

The laureate of the Barbara Skarga Scholarship plans to develop theories, which will allow to explain the similarities and differences between the processes of transformation of democracy into systems with the characteristics of non-democratic regimes.