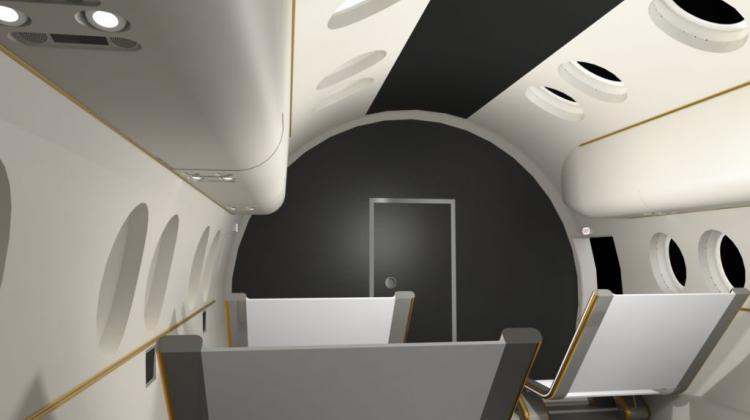 Suborbital aircraft cabin model built by students of the Wrocław University of Science and Technology won the Student Aerospace Challenge in Paris.

The competition organized in Paris by the Astronaute Club Europeen attracted 14 academic teams from the European Space Agency member states.

According to the Wrocław University of Science and Technology press release, competing teams could choose one of ten problems related to suborbital flights. Wrocław students from the Innspace group developed a model of the aircraft cabin. Their project was recognized as the best. As a reward, the students will present it at the European Space Agency conference in Belfast in November, according to the press release.

Member of the Innspace team, Justyna Pelc from the Faculty of Computer Science and Management, emphasised that the competition judges appreciated the "deep research" of Wrocław students. "We even heard that so far none of the teams in the competition had explored the subject as much as we had. We were also asked how the risk analysis helped us in the project and why we abandoned suits for passengers. We explained that the conditions in the cabin would guarantee safety, and besides, passengers on the flight would have enough time to put helmets on in the event of decompression, because it usually takes a long time" - said Pelc, quoted in the Wrocław university`s press release.

The aircraft, the cabin of which the students designed, would be 15 meters long and its wingspan would be 10 m. In the award-winning project, students from Wrocław had to solve such problems as life support systems, internal pressure systems and ejection systems.

Wrocław students won with teams from cities including Bucharest, Lyon, Liverpool and London.