The new Polish Antarctic station will become operational in 2023 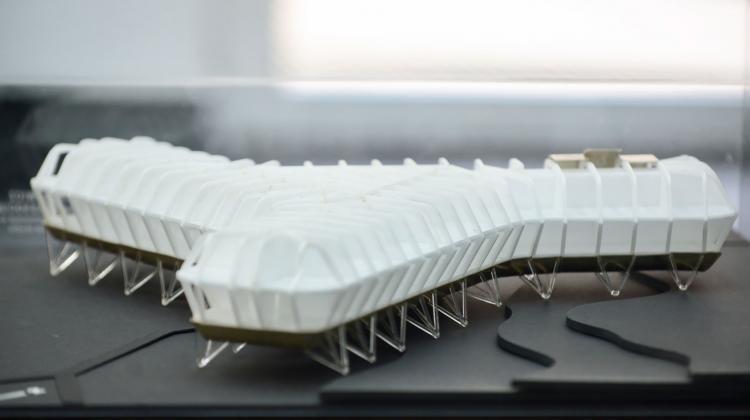 The new building of the Henryk Arctowski Polish Antarctic Station, whose construction cost along with the infrastructure is approx. PLN 88 million, will become operational in 2023. Two years earlier, as part of the tests, the structure will be assembled in Poland, Agnieszka Kruszewska from the Institute of Biochemistry and Biophysics PAS told PAP.

Henryk Arctowski Polish Antarctic Station is one of about 40 all-year stations in that part of the world. It is located in the southern hemisphere, in the South Shetland archipelago, on King George Island.

It started operating in 1977. When the main building of the station was originally built, it was several meters from the sea; now, at high water levels, that distance is less than a meter and for this reason the building is threatened with destruction. In addition, the outdated infrastructure of the station is worn out after many years of use in polar conditions. That is why for several years scientists have been seeking funds for the new building and its facilities.

The design of the new station was prepared in 2015 by Kuryłowicz & Associates. In November 2018, the Ministry of Science announced that it would provide a designated purpose subsidy of PLN 88 million to modernize the station`s infrastructure and build a new main building. Its layout will resemble a three-pointed star. In the heart of the station there will be a common space where residents will spend time.

"If everything goes according to plan, scientists will start using the new building in 2023" - says Deputy Administrative Director at the Institute of Biochemistry and Biophysics PAS, Agnieszka Kruszewska. The station is a facility of this institution.

Kruszewska adds that the current year is a preparatory year for launching this investment. She reminds that as a publicly financed unit, institute is required to comply with a number of tender procedures.

"At this stage, we have selected the law firm that will handle the investment. We are preparing to select the company that will be responsible for architectural supervision" - adds Kruszewska. At the end of this year or early next year, after selecting the investor supervision contractor and design studio, an executive project of the new building and comprehensive modernization of the station`s infrastructure will be prepared.

In the first quarter of 2020, IBB PAN will announce tenders for the contractor or contractors of the investment. Later, utilities for the construction and transport of necessary heavy equipment are planned. They will include vehicles to support the unloading of station components.

The station will be pre-assembled in Poland, probably in the beginning of 2021. "We decided to take this step to avoid unforeseen events that could affect the timely completion of this investment" - emphasizes Kruszewska. If everything goes according to plan, in the second half of 2021 all components of the station will be transported to Antarctica in containers. It will take several months to assemble it from prefabricated parts. Finishing works in the building and clearing the area is planned for the following season. The complex is expected to be put into use in 2023. Then, a group of polar explorers will start living in the station.

According to information provided by Kruszewska, the new main building of the station will accommodate up to 40 people who will be able to stay there all year. She adds that the working, living and technical service conditions will certainly improve.

The new building will be located 100 meters from the shoreline, on a stable surface. Geological analyses were carried out before choosing the location.

The new station building will have foundations so it will not be possible to change its location. Only individual Antarctic stations have been constructed in a flexible manner - for example the British Halley station, which is located on a glacier in the Weddell Sea. But this solution is not justified in the case of the Arctowski station, which is not located on the ice sheet, Kruszewska points out.

Scientists hope that the new station building will serve them for several decades.

The station is an informal Polish "embassy" on the only uninhabited continent. As one of the Antarctic Treaty signatories, Poland is among the 29 consultative countries that can make decisions about human activities in Antarctica. One of the conditions for joining this group is conducting significant scientific and research work.