The 2019 Ig Nobel Prizes awarded; Polish researchers among the winners 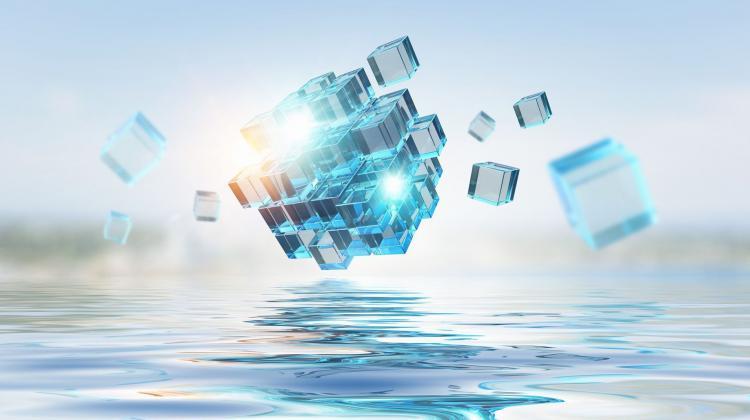 Teaching surgeons with a method used to train dogs, invention of a baby changing machine and eating pizza for health are among the discoveries honoured with the 2019 Ig Nobel Prizes. The Ig Nobel Prizes were awarded last week at Harvard University for the 29th time. There are Polish researchers among the winners.

The Ig Nobel Prize (https://www.improbable.com/ig/) is a satirical counterpart of the Nobel Prize awarded for "achievements that first make people laugh, and then make them think" and discoveries "that cannot, or should not, be reproduced".

This year, Polish scientists (Agnieszka Górecka, Aleksandra Urbanek Tomasz Paterek) are among the winners in the field of biology. Together with researchers from Australia, Bulgaria, China, Singapore and the USA, they proved that dead magnetized cockroaches behave differently than living magnetized cockroaches, which may indicate the importance of the magnetic field in the life of insects. Tomasz Paterek attended the ceremony.

This is not the first Polish accent in the history of Ig Nobel Prize. In 2001, the prize in economics went to Dr. Wojciech Kopczuk for his work on the relationship between date of death and inheritance tax (people try to die when it will bring financial benefits to heirs). In 2009, the prize in literature was awarded to the Irish police for road tickets written to a recidivist named Prawo Jazdy (Polish for Driver`s License". In 2011, Robert Pietrzak, son of a Polish immigrant in the United States, was a member of the team awarded in medicine.

Those who believe that form is more important than content will be pleased with this year`s Ig Nobel Prize in physics for an international team that explained how and why Australian wombats make cubed poo. Researchers from the US, Taiwan, Australia, New Zealand, Sweden and the United Kingdom investigated the specific structure of the wombat intestine and determined that to mark the territory, these marsupials stack piles of faeces, which hold better thanks to the cubic shape of the building material. Interestingly, team members Patricia Yang and David Hu are holders of the 2015 Ig Nobel Prize in physics for their discoveries regarding urination by mammals of various sizes.

It`s hard to train a good surgeon. The 2019 Nobel Prize winners in medical education Karen Pryor, Theresa McKeon and Dr. I. Martin Levy showed that the process of learning simple orthopaedic procedures can be improved with a clicker used in dog training. This small device emits a characteristic, short sound. The click is a signal for the dog that it did something that its master expected and that it would get a treat. In the case of a surgeon, the click more or less means "good intern" and leads to performing procedures with greater precision, without the tensions usually associated with student-master relations.

The French won the Ig Nobel Prize in anatomy. Roger Mieusset and Bourras Bengoudifa measured the temperature of the scrotum of French postmen, with and without clothes. The higher temperature of the left testicle when measured in clothing is particularly intriguing.

The prize in the field of chemistry went to the Japanese (Shigeru Watanabe, Mineko Ohnishi, Kaori Imai, Eiji Kawano, Seiji Igarashi), who measured in 1995 how much saliva is produced daily by an average five-year-old (half a litre). The prize was received by paediatric dentistry professor Shiguru Watanabe and his adult sons, who served as "experimental objects" 35 years ago.

In the field of engineering, Iranian Iman Farahbakhsh was recognized for obtaining a US patent last year for a baby changing and washing machine that resembles a dishwasher. The machine allows to avoid touching the child and reduce water consumption.

In economics, supporters of non-cash and non-contact transactions were given a strong argument by Dutch professor Andreas Voss from the Canisius-Wilhelmina Hospital in Nijmegen, his son Timothy A. Voss and Turkish collaborator Habip Gedik. They studied the presence of pathogenic microorganisms on banknotes. The dirtiest money turned out to be Romanian leu, on which three types of drug-resistant bacteria found better conditions than on euros, US and Canadian dollars or Indian rupees. It is because of the addition of polymeric fibres that are supposed to increase the durability of the Romanian currency and hamper its counterfeiting.

In an email, Voss recommended card and electronic payments. The researcher himself rarely uses cash anymore.

The winner of the 2019 Nobel Prize in medicine, Italian scientist Dr. Silvano Gallus from Istituto di Ricerche Farmacologiche Mario Negri in Milan proved that eating pizza is beneficial to health (at least when it comes to consuming real Italian pizza in Italy). Pizza protects against gastrointestinal cancer and heart attack, among other things.

The German school of psychology triumphed again thanks to Prof. Fritz Strack from the University of Würzburg (in the years 2005–2008 President of the European Association of Experimental Social Psychology). Profs Strack proved that holding a pen in your mouth makes you smile and makes you happier. And then he proved that it does not.

The Peace Prize went to a British-Saudi-Singapore-American team for researching the pleasure of scratching (it`s best to scratch an itchy ankle, but back and forearms are not bad either). Contrary to appearances, the study may result in serious benefits, because with very severe chronic itching, people sometimes scratch to the blood as they prefer pain to itching.

Initially, many laureates were offended by the distinction and would refuse to receive the award, now considered a special honour. The number of countries that admit to participating in the awarded studies is sometimes greater than the number of winners.

The "cash" prize is a now obsolete $10 trillion Zimbabwean dollars banknote worth about US $4. The collector`s value of this banknote may increase in the future.

The winners did not have much time for have triumphant speeches at the ceremony at the Sanders Theater at Harvard University. The one minute limit to deliver an acceptance speech was enforced by an 8-year-old girl whining "Please stop. I`m bored".

Traditionally, the world premiere of a mini-opera took place (this year it was the "Creatures of Habit"), and the audience threw paper planes onto the stage. The ceremony also included a tribute to Nobel Prize-winning (2005) physicist Roy Glauber, known for his humbleness and sense of humour, who died in December 2018 at the age of 93. Glauber attended the Ig Nobel ceremony for years and always helped sweep up the paper planes. (PAP)