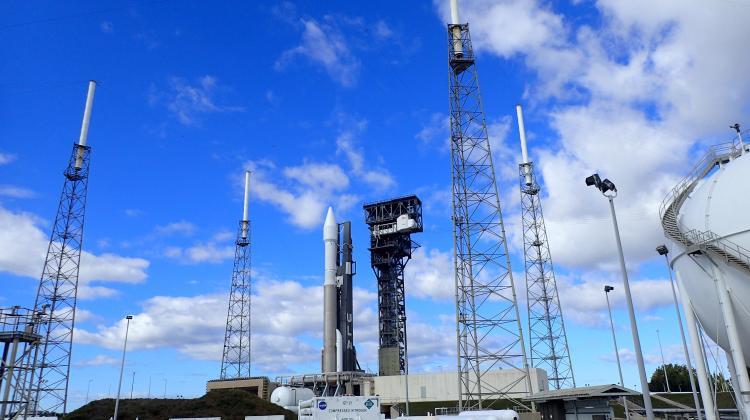 The American rocket Atlas V 411, with the European Solar Orbiter probe intended for solar research launched from Cape Canaveral in Florida (USA). Information from the mission will be available to scientists around the world.

56 minutes after the launch, Solar Orbiter successfully disconnected from the top of the United Launch Alliance (ULA) Atlas V 411.

Solar Orbiter, which weighs 1.8 tons, flies as part of the European Space Agency (ESA) mission with significant participation of NASA.

`Whenever you launch something, it`s incredibly exciting`, ESA`s director of science Günther Hasinger said at the pre-launch press conference. `The biggest relief comes when you see the light from the rocket and then when the sound waves hit you`.

Carrying 209 kilograms of scientific equipment, Solar Orbiter will get closer to the Sun than was previously possible and study the Sun`s poles, which are hardly visible from Earth, providing new data about our star and heliosphere - the giant `bubble` of matter it ejects. Thanks to the collected knowledge about solar activity, it will be possible not only to better understand to know solar spots better, more accurately predict climate changes or flares threatening artificial satellites, but also to understand the behaviour of other, more distant stars. We still do not know how the solar wind is formed, what mechanism creates the solar magnetic field, why the solar corona is so hot. And, as experts emphasized during the conference, the Sun is shining for everyone and is important for us all.

The Space Research Centre of the Polish Academy of Sciences has contributed to the mission. Scientists from Warsaw and Wrocław - together with scientists from Switzerland, Czechia, Germany and France - have developed STIX (Spectrometer/Telescope for Imaging X-rays), a special type of X-ray telescope that will record solar flares. According to one of the project originators, Dr. Eckart Marsch, due to harmful radiation, predicting flares can be of great importance when bases on the Moon and Mars are established.

The probe hull has dimensions of 2.5 by 3.1 by 1.2 meters, fully deployed antennas – the span of 18 meters, the boom for equipment particularly susceptible to electromagnetic interference - 4.4 meters, and three antennas - 6.5 meters each.

To achieve the right speed, Solar Orbiter will use the gravitational assistance of Venus it will pass on the way. Thanks to it, the speed of the probe will increase, and its orbit will deviate more and more from the plane, on which the planets orbit (initially by 24 degrees, later in the mission by 33 degrees). This will allow to get accurate images of the Sun`s poles and its side invisible from Earth, in various wave ranges. Achieving an angular velocity equal to that, at which the Sun rotates will allow the probe to study a selected area of its surface for an extended period.

Since Solar Orbiter will approach the Sun at a distance of 42 million kilometres (closer than Mercury), its surface can warm up to a temperature of 520 degrees Celsius.

The equipment sensitive to high temperatures is hidden behind a thermal shield built of many layers of titanium covered with black calcium phosphate coating, which facilitates the dissipation of heat into space (a similar coating covers titanium implants to help them better integrate with the bone). Because of this black, its constructors unofficially dubbed call the probe `Blackbird`.

Black coating turned out to be better than white during tests. White pigments exposed to UV radiation darken over time, which may adversely affect the operation of the probe`s equipment. The coating must have stable parameters; one of them is good electrical conductivity, preventing interference.

Titanium shield plates are attached with titanium connectors to an aluminium base with honeycomb structure. Shield `windows` designed for imaging devices are equipped with filters that only let through the radiation range important for the given device. 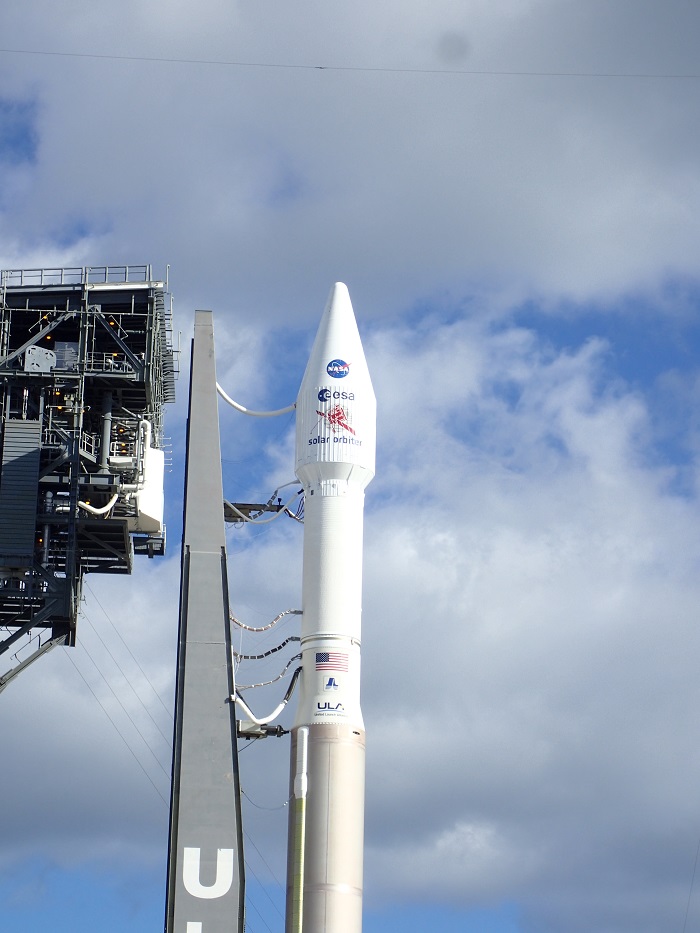 Information obtained from the mission will be available to scientists around the world. The first useful data are expected in November 2021, and the entire Solar Orbiter mission will continue at least until December 2025. Its cost is estimated at approx one billion euros.

As part of the mission, ESA cooperates with NASA, whose Parker Solar Probe was launched in August 2018 and is now making its fourth lap around the Sun. Parker Solar Probe will get even closer to the Sun than Solar Orbiter, but it is smaller and has different equipment , designed to measure conditions in the immediate environment, not for remote measurements. Therefore, the two probes will complement each other.

Professor Hasinger noted during the conference that Brexit almost interfered with the implementation of the project. To avoid bureaucratic problems, the probe had to be sent to Cape Canaveral earlier than originally planned. (PAP)