Human
This text can be copied
Agnieszka Kliks-Pudlik 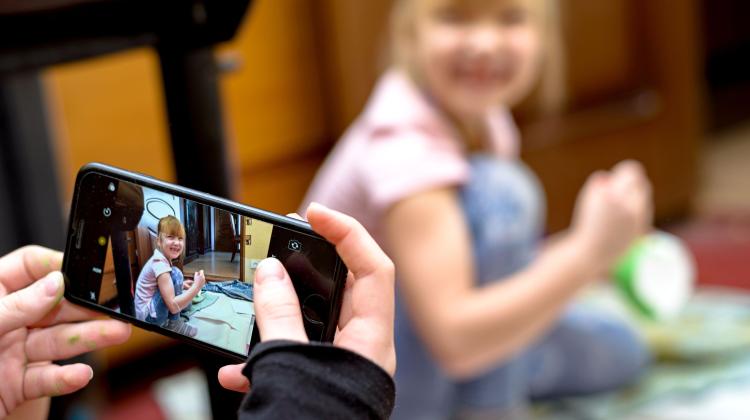 Every fourth parent routinely shares information on social media about their children, who, treated as 'micro-celebrities', grow up convinced that sharing details of their private lives is a natural practice, shows new research.

The craze known as ‘sharenting’ involves not only posts about what their children are doing but also sharing photos.

Dr. Anna Brosch from the Faculty of Social Sciences at the University of Silesia in Katowice said: “My latest research conducted in 2018 on a group of 1,036 parents of preschool children shows that one in four of them regularly shares such information. That means that this practice is not that common, but certainly noticeable, because if someone shares dozens or even hundreds of photos of their children, the recipients think that social media are flooded with them.”

She added that ‘sharenting’ is mainly done by mothers, saying: “In the past, for example in the 1970s, young mothers would sit on a bench in front of their building, their children played in the sandbox, and the mothers talked about their children. Now, mothers have moved to the Internet.”

According to Dr. Brosch, mothers share photos of their children for several reasons. Firstly, to show others how good mothers they are, how well they are doing. Secondly, they seek social support for what they do.

She continued: “The third reason is related to the fashion for popularity that is characteristic of our times. It's about getting social approval through likes, which leads to popularity. Many people imitate others online - known only for being known. Then, they themselves want to become such celebrities. And because they don't have a chance to do that themselves, they try to achieve it through their child. Hence, for example, those photos that ridicule children and are simply supposed to attract attention.”

The research found that fathers are less likely to be involved in ‘sharenting’ and if they are, it is most often when they are trying to obtain custody rights.

According to Dr. Brosch, by sharenting parents forget that they are taking away one of the most important rights of the child: the right to be forgotten.

She said: “The Internet never forgets, so it is difficult to predict the future consequences of this practice for children. Nothing is lost on the web, and if you post a photo online, it begins to live its own life. Not to mention the extreme, but still existing cases of online identity theft, or online paedophiles.”

Another effect of ‘sharenting’ is that children are treated as 'micro-celebrities', who grow up believing that sharing details of their private lives is a natural practice. Brosch said: “It still requires research, but it can be assumed that when they become parents in the future, they will be even more open and prone to self-disclosure. But on the other hand, and this is already happening, teenagers are asking their parents to remove photos and information about them; there have even been court cases abroad.”

She continued: “There is less and less flooding with a series of random photos. Now they are thought out. But parents' tendency for celebritic and profit-oriented behaviour is growing; more likes means greater popularity and perhaps the possibility of earning money from product placement contracts. In such cases, there may even be embarrassing videos, but reach is what matters.”

In the future, Dr. Brosch would like to continue the topic of sharenting and conduct comparative research with other European and African countries. (PAP)