Poles use irony because of their history, says head of new Language&Humour university course 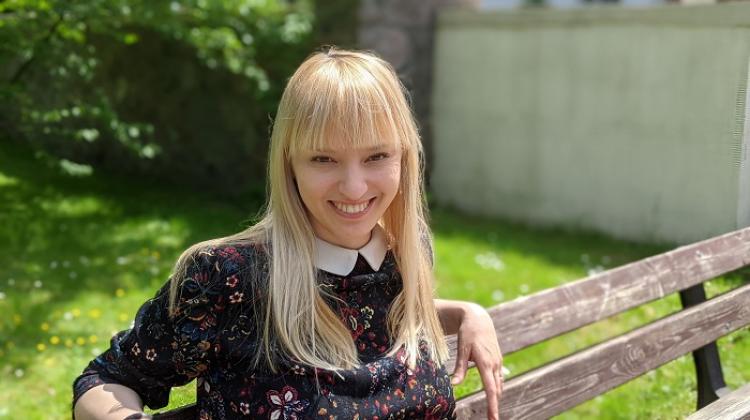 How and why Poles use irony has a lot to do with history, Dr. Natalia Banasik-Jemielniak head of the new Language&Humour Lab at Warsaw’s Maria Grzegorzewska University tells Science in Poland.

Science in Poland: What is interesting for research in language and humour?

Natalia Banasik-Jemielniak: Language is fascinating! It is a very complex system that people learn intensely during the first few years of their lifetime, thanks to which we are able to get to know the world of another person, share emotions, thoughts, perception, leave knowledge and tradition to our descendants. Language is part of our identity. It is not only a tool for achieving various goals, but also a gateway to experience and perception. It is full of nuances and subtlety.

Think about a child who already assigns the right names to objects, identifies them, a child that speaks. It would seem that since the child has mastered the meanings of words and many grammatical rules, he or she will be able to communicate efficiently and effectively. But there are still many challenges related to language pragmatics, for example, how some expressions are used in various communication contexts, how to conclude about the meaning of statements that have not been expressed directly? What do the figurative parts of speech mean, such as metaphors or irony? Why does mum says: 'Oh, great!', when everything goes wrong? And a bit later: what does a professor mean, who, when asked to write a student's recommendation letter, prepares a letter that contains two sentences: 'The student came to classes punctually. He uses the computer efficiently'. Irony is one of the main themes that we deal with in L&H.

SiP: What exactly is irony?

NB-J: Ironic statement is a statement, in which the actual meaning is different than the literal one. Irony can be used both to build a relationship or reduce the distance between interlocutors and for criticism and aggression. It can be a way to circumvent censorship, it allows us to withdraw from something that has been said, to save your face. It is the part of language that is most resistant to machine learning, it eludes algorithms. It can be difficult not only for children and machines, but also for adults, expert language users. It can lead to misunderstandings and conflicts. It is controversial. There are hypotheses that attitude towards it is strongly associated with culture and political situation, but so far there has been no in-depth research on this subject.

NB-J: Our team's research shows that they are. It was not a surprise, because Poles are considered ironists, people who prefer indirect messages, understatements, allusions... It is believed that our preference for being indirect could be have been strengthened by our history. During the occupation, and later the communist regime, artists and journalists were looking for ways to avoid censorship. Irony turned out to be a useful tool for social criticism, revealing absurdities and hypocrisy. It can be assumed that there are certain political and social situations that are optimal for the development of ironic sense of humour. And now anecdotally, my Americans friends used to say that Trump revived irony in America.

SiP: With regard to irony, what will be studied in the Polish SONATA15 research project, for which you received a grant from the National Science Centre?

NB-J: In the project, we try to find answers concerning factors related to the use of irony: why some use irony often, and others do not? Is there a link between personality and using irony? Do ironists have a specific sense of humour? We know even less about the use of irony among people using languages other than English, because so far most of the research on similar topics was carried out with the participation of English-speaking populations. In the project, we examine factors related to the use of irony in adult native users of Polish, English and Turkish languages, living in Poland, the UK, the US, Canada and Turkey, in relation to both individual and social factors. These cultures were chosen as representing separate groups on the individualism-collectivism level, where the US, Canada and the UK are considered to be individualistic cultures, Turkey - collectivistic, and Poland is a mix of both.

SiP: The team brings together people interested in a broadly understood subject of psycholinguistics, language psychology and humour. Can you tell us more about this subject?

NB-J: That's a very broad subject! In Poland, the concept of psycholinguistics is used interchangeably with language psychology. It is a bit different in the world: psycholinguistics is a field dealing with rather narrowly understood brain processes involved in language processing, and language psychology is an interdisciplinary science of how we use language, how we understand it, how we learn it. Psychology of humour is all that is related to psychological processes in the context of humour.

SiP: Is language psychology a popular field in Poland?

NB-J: There are several academic centres that develop it dynamically. There are more and more initiatives related to it, both scientific and promotional. It does not surprise me, after all, language is a very important part of our everyday life, it is difficult to live without it. Psycholinguistics came to Poland thanks to Professor Ida Kurcz, with whom I had the pleasure of talking at the anniversary of my mentor Professor Basia Bokus, who introduced me to the subject of irony.

SiP: What can you study as part of language psychology?

NB-J: Nearly everything related to language! I am very interested in why people do not say exactly what they think, how this indirectness can manifest itself, what additional benefits and difficulties it can bring. Hence my fascination with irony. Why do we pat a work colleague who watches cat memes on the back and say: 'Just do not work too much!' instead of saying: 'Looks like you're not working today!'? Or how do we know a friend had a bad date when she describes it with one sentence: 'His shoes were quite nice'? For a long time, we have been fascinated by various questions: what is the relationship between thinking and language? How do children know how to talk? How are we able to form sensible statements so quickly? How does a bilingual child develop? Or a multilingual one? Is there an optimal age for starting to learn a foreign language?

SiP: How will you conduct research?

NB-J: We have a lot of ideas and plans. Our team was established during the peak of the second wave of the pandemic, so we have only conducted indirect, online research so far. An indicator of the use of irony by respondents was their declaration of how likely they were to respond with irony in a given situation. On the basis of a standardized set of questions, we conclude about the tendency to use sarcasm, about the sense of humour, or the style of self-presentation. But of course, self-descriptions have their limitations, so we are thinking about research in experimental and natural conditions.

SiP: What other ideas do you have?

NB-J: I'm not sure if I should reveal that (laughs), but one of the ideas we are currently working on is to create a very attractive form of survey, after which the participants will receive feedback, what their sense of humour looks like compared to other people who filled the questionnaire. So that they can show it on social media if they want, and they can have a feeling that while they contribute to science, they can also have fun and learn something interesting. This formula is partly inspired by the Lab in the Wild initiative, and partly by an article by Josh Hartshorne and colleagues, published three years ago in Cognition. While collecting data for that article, the main subject of which was grammatical fluidity in the use of English by people for whom it was a second language, the authors created an algorithm that guessed the person's country of origin on the basis of the answers given by that person as to whether the sentence in English was correct or not.

Natalia Banasik-Jemielniak is a doctor of social sciences in the field of psychology and an assistant professor in the Department of Psychological Research Methodology at the Institute of Psychology of the Maria Grzegorzewska University in Warsaw. She has three master's degrees in applied linguistics, psychology and intercultural education. The team L&H Lab at the Institute of Psychology brings together scientists at various stages of their careers, interested in researching themes related to language and humour psychology.

The team invites students, doctoral students and researchers interested in this topic to cooperate.