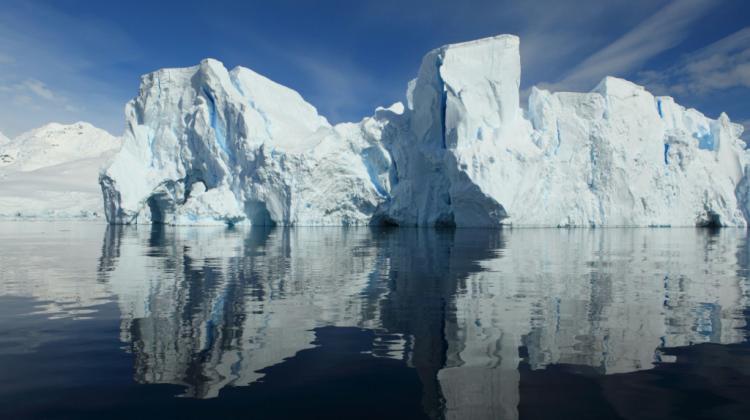 Writing in Norwegian weekly Svalbard Posten, former president of the Polish Academy of Sciences, Professor Michał Kleiber, said that Polish scientists were one of the first researchers in Antarctica, following in the footsteps of Henryk Arctowski, a traveller, geophysics and geographer.

Kleiber said: “After graduation in Belgium, at only 26, in 1897 Arctowski co-organized Antarctic expedition, starting his long-term polar research adventure. The expedition reached its destination by ship and was the first in history to spend winter in the Antarctic ice.”

He added that that Arctowski's research served as the basis for many new, breakthrough scientific hypotheses, including the now confirmed hypothesis of the Antarctandes, a mountain system combining the geological characteristics of the Andes in South America and with the mountains of Graham Land on the Antarctic Peninsula.

Consequently, theories concerning wave movement of cyclones and reasons for a deeper than in other continental blocks position of Antarctic shelf were also created.

Kleiber said: “In the later years, Artowski participated in Spitsbergen research and held many responsible positions functions in nature museums and at universities in Belgium, the United States and Poland. The places named after Arctowski include a peninsula and a nunatak in Antarctica, a mountain and a glacier on Spitsbergen and the Polish Antarctic Scientific Station in the Southern Shetland archipelago.”

According to the author, Polish scientists “have continued these beautiful traditions for many years, conducting extensive research in polar regions, working at both all-year and seasonal stations.

“Two year-round stations are of particular importance: the Henryk Arctowski Polish Antarctic Station located in the Southern Hemisphere and the Polish Polar Station, Hornsund in the southern part of Spitsbergen in the Northern Hemisphere.”

Presenting the Henryk Arctowski Polish Antarctic Station, active since 177 and operated by the Institute of Biochemistry and Biophysics of the Polish Academy of Sciences, Professor Kleiber said that materials and data obtained during the research conducted continuously for over 40 years are the achievements of world science. Researchers analyse, among other things, the variability of polar ecosystems, evolution, structure and dynamics of biodiversity and the impact of climate change in the region of Antarctic Peninsula on the functioning of marine and land ecosystems.

According to the author, the second most important of Polish polar stations, the Polish Polar Station, Hornsund in the Arctic, launched seasonal activity in 1957, and in 1978 it was transformed into a year-round station. The station is operated by the Institute of Geophysics PAS.

Kleiber said: “The goal of research conducted is better understanding of the Arctic nature and its changes mainly in the context of climate change.

“It should be stated with satisfaction that research conducted in Polish polar stations enjoys a well-deserved, high international reputation and constitutes our country's significant contribution to global research of key importance for the future of our planet.”

The weekly Svalbard Posten appears in the area belonging to the Norway Arctic archipelago Svalbard. The island of Spitsbergen is home to Polish research stations. (PAP)