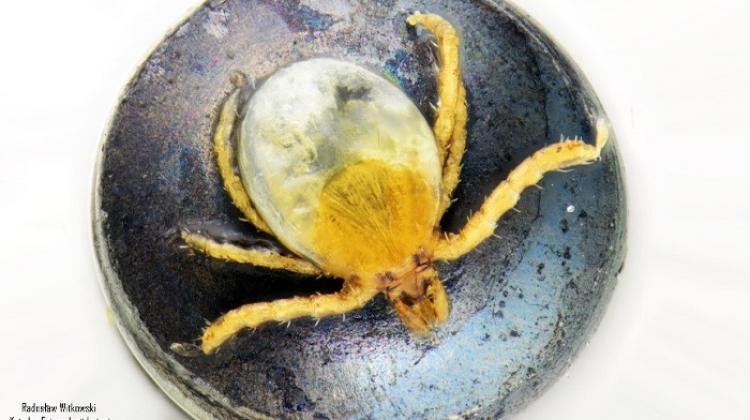 Parasite-induced babesiosis that attack human blood cells, kidneys and liver can be transmitted by tick larvae, scientists have found.

Babesiosis is a disease caused by the protozoa of the genus Babesia and, contrary to popular belief, is not just an animal disease.

As part of their study, researchers from the University of Life Sciences in Poznań, the Adam Mickiewicz University, and the Institute of Dendrology of the Polish Academy of Sciences analysed parks in Poznań.

Anna Wierzbicka from the Faculty of Forestry and Wood Technology at the University of Life Sciences in Poznań said: “We tested 1,598 common ticks for the presence of Babesiaprotozoa. The following Babesia species were present in the ticks from Wielkopolska: B. canis, B. divergens, B. venatorum. These species are dangerous to dogs and can be dangerous to humans.”

Babesia canis has been detected in all developmental stages of the common tick, with the highest percentage (13%) recorded in larvae, the researchers report.

Wierzbicka added: “Our discovery suggests that Babesia is transmitted by female ticks through the ovaries to the eggs - trans-ovaries, i.e. tick +mum+ passes it on to the offspring.”

The scientists also found that in forest areas 10.2 percent of ticks transmitted the Babesia parasite, while in city parks it was 2.5 percent. This is the opposite situation to that observed with the Borrelia bacterium, which is more common in cities than in forests.

The results of the study indicate that ticks can transmit babesiosis to both animals and humans.

The study also shows that the recreational areas of Poznań are a place of dangerous disease, especially for dogs (but also for humans). The percentage of infected ticks in this area is higher than that recorded in other parts of the country. Dog owners and vets should take this into account when planning dog protection and diagnosing their diseases, say the scientists.