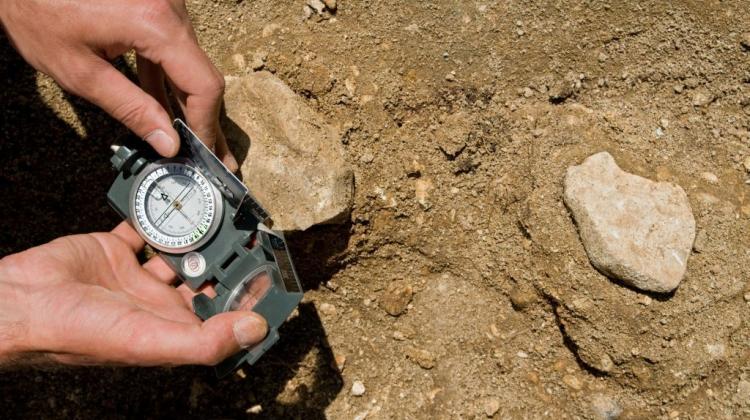 Polish and Uzbek researchers are investigating the formation of an ancient reservoir described as being ‘a key moment in the history of the human species’.

The reservoir in the Kyzylkum Desert in Uzbekistan was the main source of water from between 8,000 and 4,000 years BCE, but despite beginning their research in 1995, still little is known about the place.

Initial discoveries by the team from the University of Warsaw and the Uzbekistan Academy of Sciences suggested that a settlement nearby probably belonging to the Younger Stone Age.

A pilot research carried out in June 2021 has now confirmed that.

Professor Karol Szymczak from the Faculty of Archaeology of the University of Warsaw said: “The reservoir that we named the +Io See+ most likely formed as a result of the ice sheet melting at the end of the Ice Age (Pleistocene), which started about 13,000 years ago and ended in the first phases of the Holocene, about 7000-6000 years ago.”

He added: “Huge flowing masses of water filled all possible troughs. One of the biggest of them was the Turan Depression - today's Kyzylkum and Kara Kum. There is a great probability that this phenomenon was also directly related to the filling of today's Black Sea (the 'deluge' and 'Noah's flood' hypothesis of Ryan and Pittmann from a dozen or so years ago).”

The reservoir finally went dry probably sometime between 3400-3200 years ago, and reached its maximum level approx. 7500-6500 years ago, when it was over 200 m above today's average level of the world's ocean.

Szymczak said: “Having such data, we can try to choose a few further places where the fossil coastline of the reservoir can be preserved to this day.

“We have collected several dozen [soil and sediment] samples that will be subjected to laboratory tests in different directions, including the presence of sediments and water organisms.”

He added that they would also be trying to discover how deep the reservoir was and what lived in it.

He said: “We will investigate; for now, we have fish remains from several sites from this period, as well as quite numerous products, beads and items made from shells,” adding it is not known whether it was a freshwater reservoir. Today, water occurring in the vicinity of is saline or salty water.

The scientists also want to determine what the surroundings looked like and what the climate was in the area. 'For now, we generally imagine a steppe with pastures that could sustain herds of animals, perhaps with thickets in the immediate vicinity of water,” Szymcak said.

From the north, nomads moved along the reservoir. They domesticated several species of animals: cattle, sheep and goats, pigs, and probably also camels and horses. The southern part was occupied by farmers, who cultivated, wheat and barley, among other things.

Professor Szymczak continued: “This means that the matter concerns a key moment in the history of the human species: the process of domesticating animals and plants, the development of the production economy and the beginning of today's civilization.”

According to the researchers, for now there are no indications that northern shepherds/nomads were in close contact with southern farmers.

Szymczak said: “These were two different worlds, separated by the sea. Farmers of the Turan Depression belonged to the Middle Eastern civilization, with which they shared something resembling the original monetary system, among other things, while Neolithic nomads were probably the ancestors of contemporary Mongolian tribes, or more generally the 'yurt people’.”

The contemporary remnant of the reservoir is Lake Ayakagytma, located in the immediate vicinity of the studied site.

Professor Szymczak continued that the relationships between changes in the natural environment and the functioning of early social organizations “are not the only, but certainly a very important element that directly influenced and still influences the history of the human species.

“The discovered dependencies and their predictable consequences could be used in activities aimed at solving current problems of a similar type. In addition, the awareness of the common history gives the opportunity for a wider integration, and this in turn significantly increases the effectiveness of tackling global problems that really begin to be serious. This may sound a bit grandiloquent, but a common past always builds ties.”

Professor Małgorzata Suska-Malawska from the Faculty of Biology at the University of Warsaw, and a member of the research expedition added: “Archaeological research provides numerous pieces of evidence that climate change and the accompanying local environmental changes influenced the functioning of ancient civilizations.

“They forced social and cultural changes, intensified conflicts, and sometimes contributed to the collapse of significant development centres.”

The Kyzylkum Desert expedition members also included Professor Cezary Kabala from the Wrocław University of Environmental and Life Sciences, Professor Bogdan Gądek from the University of Silesia and Dr. Hikmatulla Khoshimov from the Institute of Archaeology of Uzbekistan Academy of Sciences. Research was financed by the 'Excellence Initiative - Research University' programme.